And now, for something totally different. This takes something between a video and a photo -- it doesn’t move but it does have sound. You spin the photo around with your finger to see the whole thing. One really cool feature is that you can turn the camera around on yourself to record a 360 degree shot of your face with the world spinning behind you. But where it falls short is usefulness. You can ONLY shoot 360 degrees -- sometimes you don’t want the entire circle. Also, you don’t have a simple photo you can save. You can share your creation to their website, or even to friends with an iPhone, but your friend must have the (free) Sfera viewing app (see link below) in order to be able to see it.

If the preparation doesn't succeed when taking a photo. Please use the compass app to calibrate the compass and try again after that.


IMPORTANT: Sfera is NOT compatible with the iPhone 3G. Thank you for your understanding.

Sfera's HUGE update is finally available!
To celebrate its release, the promotion campaign is extended for an undetermined time. The application is still available with 62% OFF!

* The Gyrometre function replaces the current compass function (to avoid the compass related problems). The photo session is more accurate than ever!

* The geolocation of your photos is now possible!

* A special Shop has been added! (to find the shop, please go to the Settings screen)
Now you can buy a paint kit to draw on your pictures, many color filters and a contrast/brightness balance function!

* Interface modifications: the application is now more intuitive and easier to use!

Note 1: regarding problems with the photo progression:

Thanks to the gyrometre function, problems related to the compass have been corrected.
If you still encounter any problems, please try to restart the application or please contact us at info@yudo.jp

Sfera is the first application on iPhone/iPod touch which can realize easily fantastic 360 degree photo. It is possible to record a 20 second sound sequence during the photo shooting.
The sound recording is automatically added to the photo and is played during its visualization. The user can record sounds around him or leave a message without any specific manipulation.
The combination of 360 degree pictures and sounds creates a new dimension for the photography.

Thanks to its simple use, Sfera can immortalize moments anywhere at any time by taking “magical” 360 degree photos.

Three kinds of 360 degree photos can be taken with Sfera:

1- 360 degree Panorama:
You will obtain in a few seconds a full 360 degree panorama (without any discrepancy problems) by just holding your device and by turning clockwise around you slowly.

2- 360 degree object/person photo:
You will obtain a 360 degree view of this object (or person), by turning clockwise around your model.

3- “Behind you” photo (available for front-facing camera devices)
You can create a unique and amazing photo that shows the world turning around you.
To realize this miracle, you need to activate the front camera of your device (from the application) and turn clockwise! 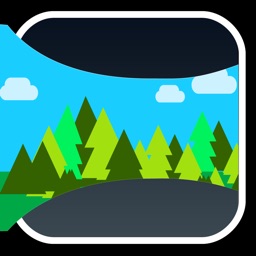 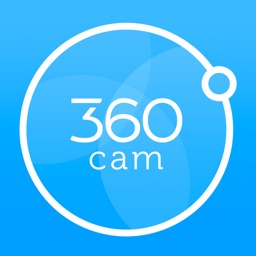 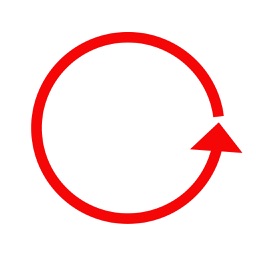 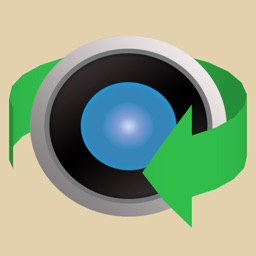 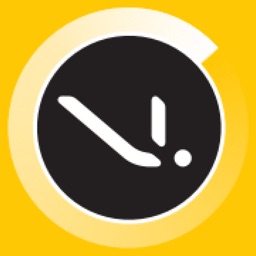 Experience some brick breaking game nostalgia, figure out how to strategically burn all of the rope in a fun puzzler, find out just how big of a movie geek you are, share more of the moment with a 360º panoramic photo, and entice your kids to practice their math skills in a fast-paced edutainment game with today's AGF list. 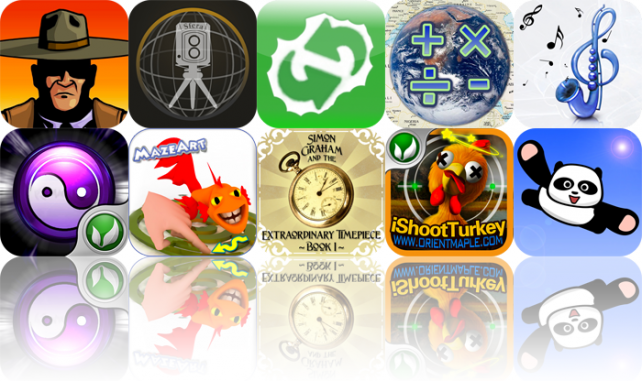 Today's AGF list includes a tap shooter with a Western setting, a 360 degree photo creator, an app that allows you to quickly send text from a computer to your iDevice, and much more.

November 20 Tyler Tschida
Nothing found :(
Try something else