*** This app is for the Musician who want to play SOLO [Nr.19] of Karlheinz Stockhausen for Study, Live Performance, Concerts, Lessons etc... It have not sense to employ this app otherwise. 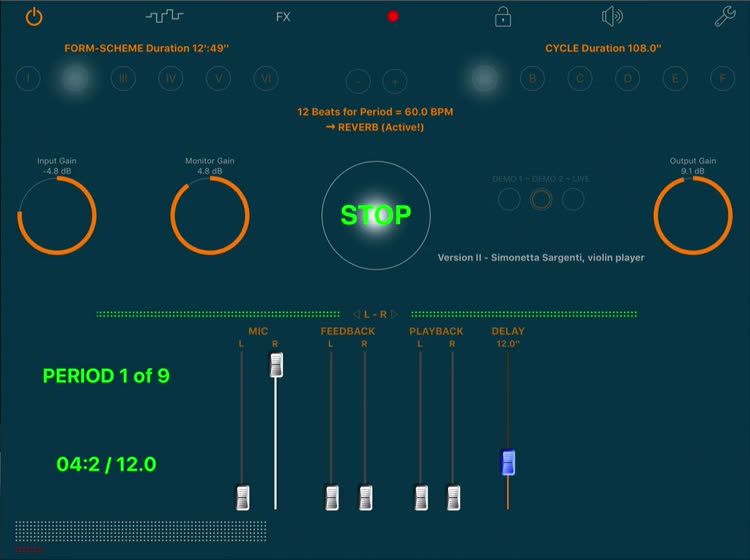 SOLO [Nr is FREE but there are more add-ons

*** This app is for the Musician who want to play SOLO [Nr.19] of Karlheinz Stockhausen for Study, Live Performance, Concerts, Lessons etc... It have not sense to employ this app otherwise.
You can hear fully the first version performed by Enrico Francioni (Contrabass) and you can also Play LIVE the only three CYCLES (of six) for all six FORM-SCHEME. With In-App features, you can upgrade to the FULL version to play all six CYCLES.
***

SOLO [Nr.19] is an algorithm that aims to implement digitally the original analog set-up for the performance of six versions of Solo für melodieninstrument mit rückkopplung by Karlheinz Stockhausen.
The original composition was conceived for five persons. Four technicians plus the main instrument performer. SOLO [Nr.19], performs the work of four technicians for each of the six Stockhausen's versions.

"Solo" (für Melodieninstrument mit Rückkopplung) by Karlheinz Stockhausen is a piece written for any solo melodic instrument and employs a feedback system to allow the soloist to create polyphonic music. Written in 1966 with its world premiere in Tokyo in the same year, its origin dates back to the same period as the composer's work "Kontakte". "Solo" uses the technique of recording onto tape with a single head together with a moveable arrangment of playback heads, allowing for the creation of complex sounds through accumulation.
The original version (with an analog technical set-up) requires a solo instrumentalist as 4 assistants (technicians): three assistants operating the opening and closing of sliders (L/R channels)–respectively the microphone, delay-line and output–and an assistant for the change of time values of the taps in the delay-line. During a performance a part of what the instrumentalist plays is captured by a two-channel recorder. Through a feedback circuit, the sections are recorded more or less densely stacked and processed with a variable delay time; the result is then played by two sets of speakers and mixed with the direct sound of the soloist.
The score (Universal Edition-Wien, 1969) consists of six pages of music and six pages of Form- Schema (the number six can be considered a key element), in addition to explanatory notes (very detailed) for the performance the composition. "Solo" is one of those compositions by the author employing "controlled alea" as a compositional language. Indeed many choices are left to the soloist and cover almost all the events: from the selection of a version, the positioning of the material, the types of tonal variation requests, the order of pages and more. In reality these faculty are provided as input by the composer through the management of macroscopic or microscopic order parameters, restricting the possible versions (virtually infinite) at a predefined or definable set of possibilities. In this piece, the role of the interpreter is very important in the creation of a performance that is always unique and unrepeatable every time. 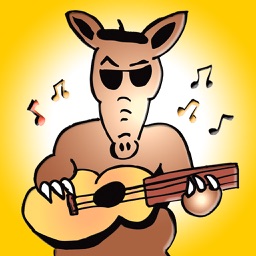 Music for Aardvarks and Other Mammals Inc 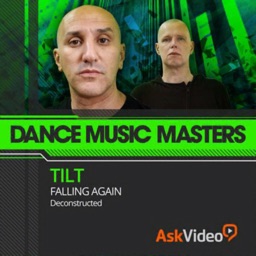 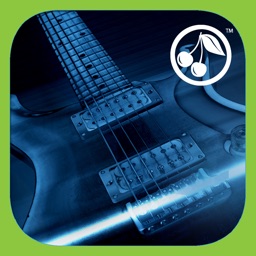 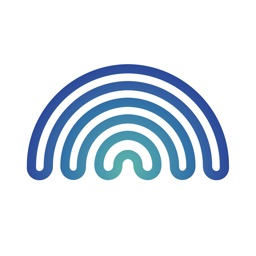 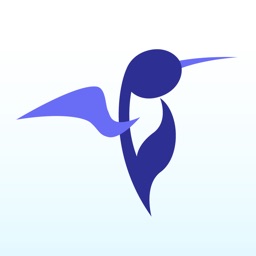 R Steven Bryant
Nothing found :(
Try something else