Challenge your brain and play against your friends — with the hit new multiplayer puzzle game - Sudoku Friends! 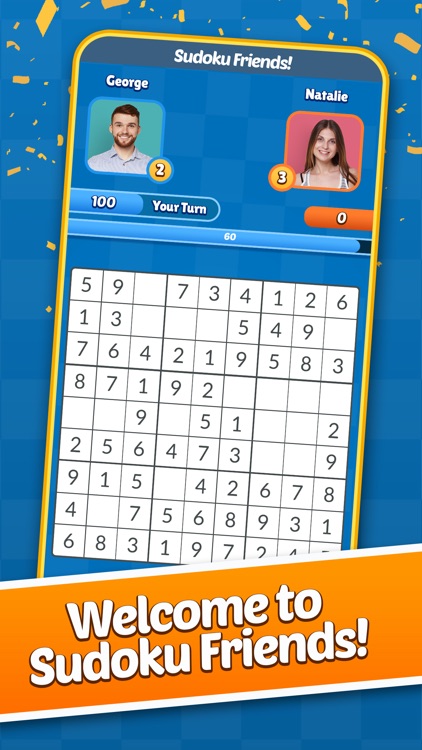 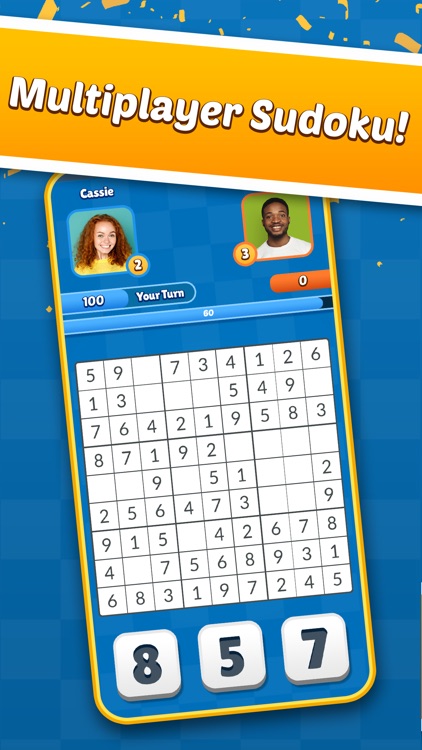 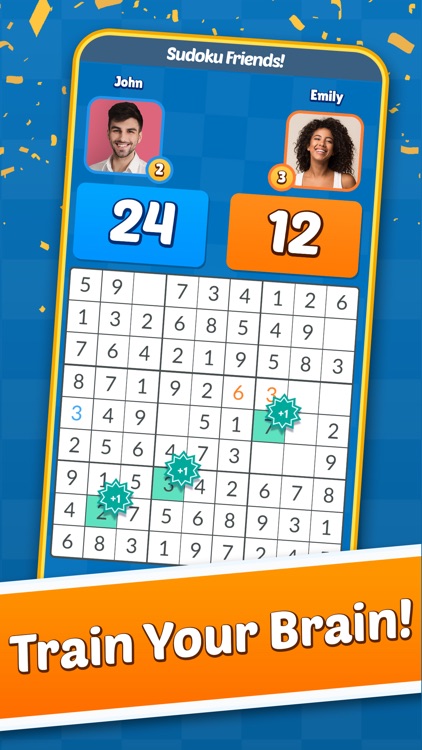 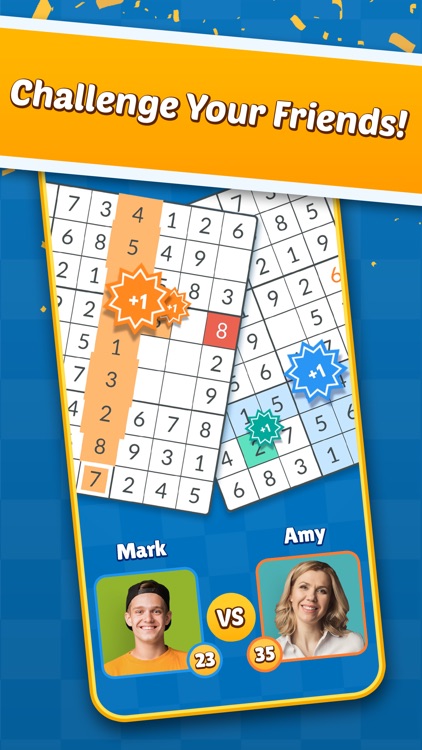 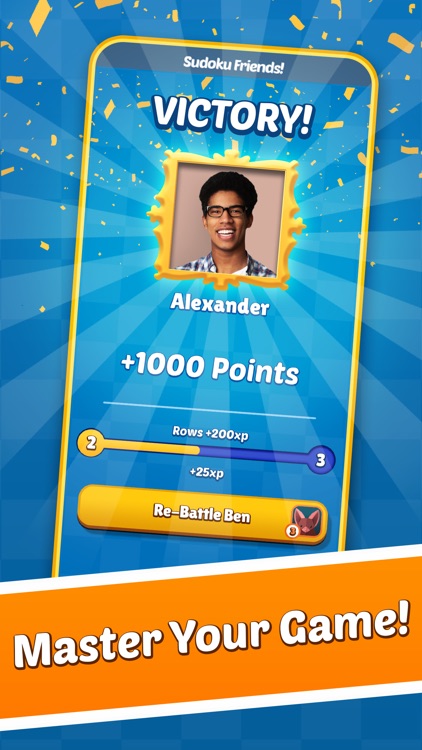 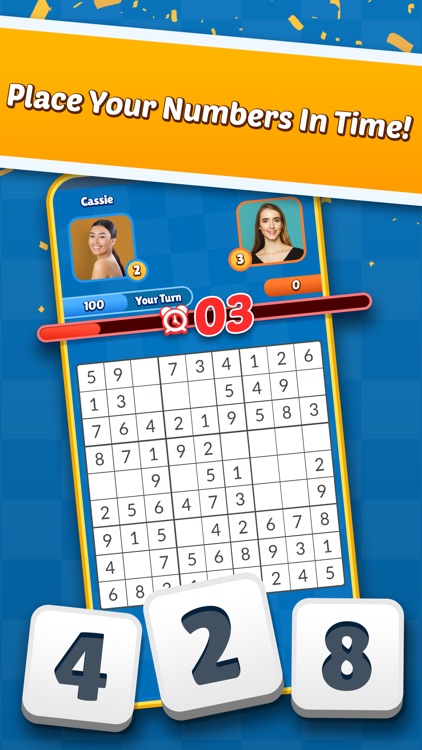 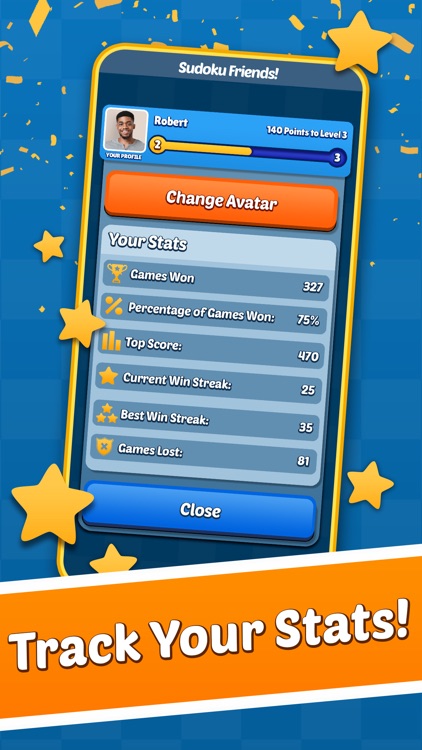 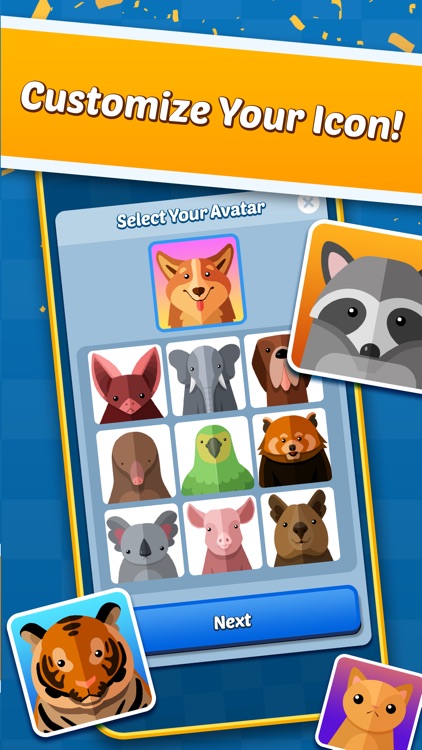 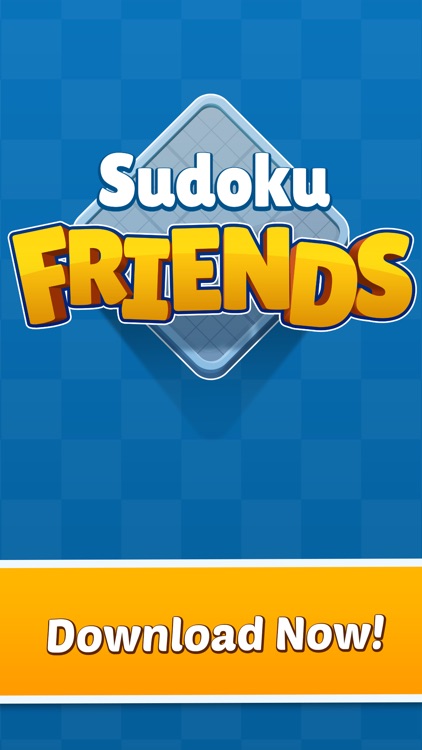 Challenge your brain and play against your friends — with the hit new multiplayer puzzle game - Sudoku Friends!
Race your friends to solve the puzzle and think your way to victory! Whether you’re new to Sudoku puzzles, or a master solver, Sudoku Friends will thrill you!

*The Basics*
In each game, you’ll be given a Sudoku puzzle to solve, and every turn, you’ll get three numbers that fit somewhere in the puzzle. Find the right place for those numbers to win points! You’ll get bonus points for every row, column or block you complete. Once you’ve placed your numbers, your opponent gets a chance to play. Earn more points than your friends to win the battle!

*Play With New People*
None of your friends play Sudoku Friends? No problem! Choose a Random Battle and we’ll find you a game with a stranger. You’ll be matched with someone of your skill level!

*How To Play*
Just like regular Sudoku, the object of the game is to place numbers in the grid so that the numbers 1 to 9 appear only once in each column, row, and 3x3 box.
However, in Sudoku Friends you’ll only get three random numbers each turn. Place them in the right location and you’ll get 10 points. For every column, row, or box you complete, you’ll win an extra 30 points.
At the end of the battle, the player with the most points wins the game! 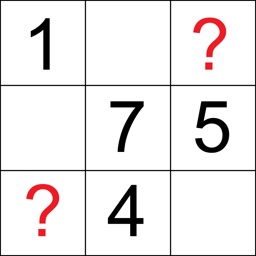 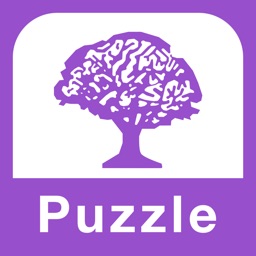 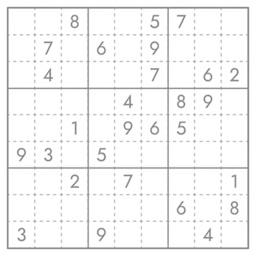 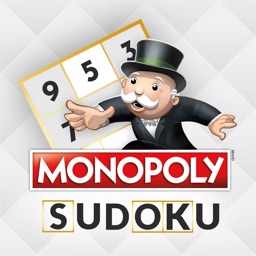 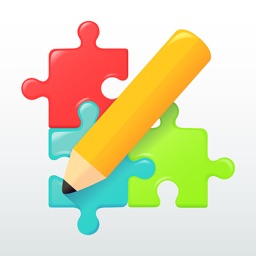 Joel Bryan Juliano
Nothing found :(
Try something else