With the unique hexagon layout, the keyboard is 70 percent larger than the standard offering.

But the new Typewise Keyboard is offering a major rethinking of the iPhone keyboard with a big focus on eliminating typos. 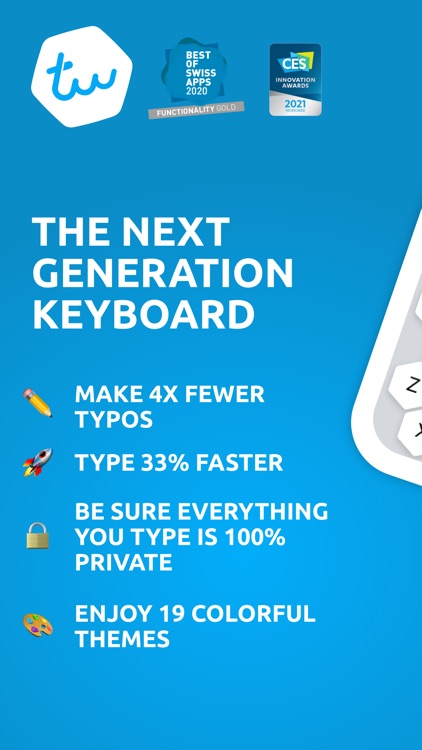 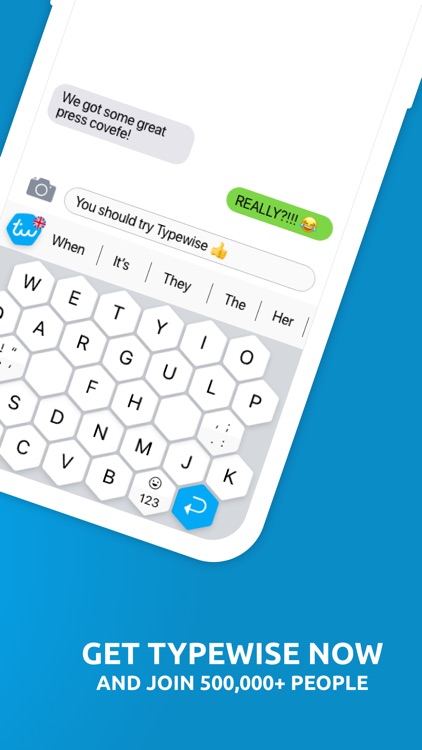 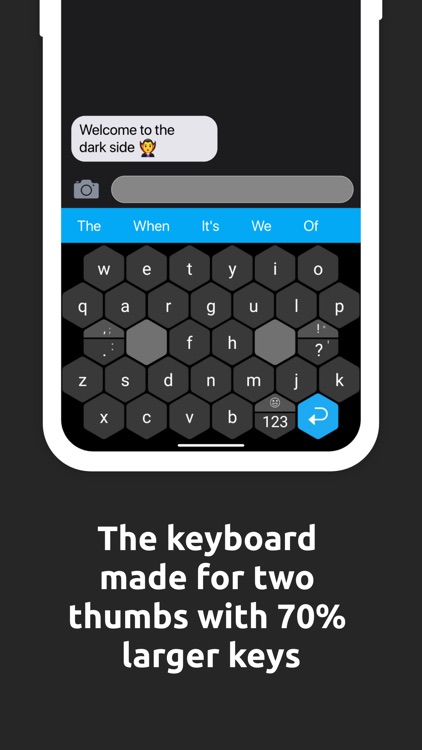 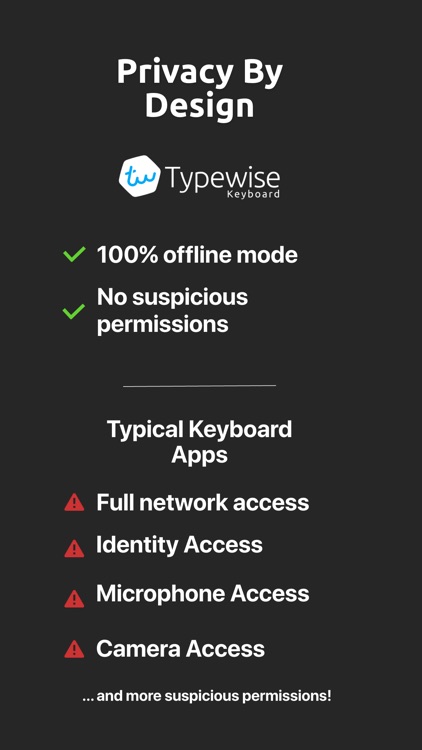 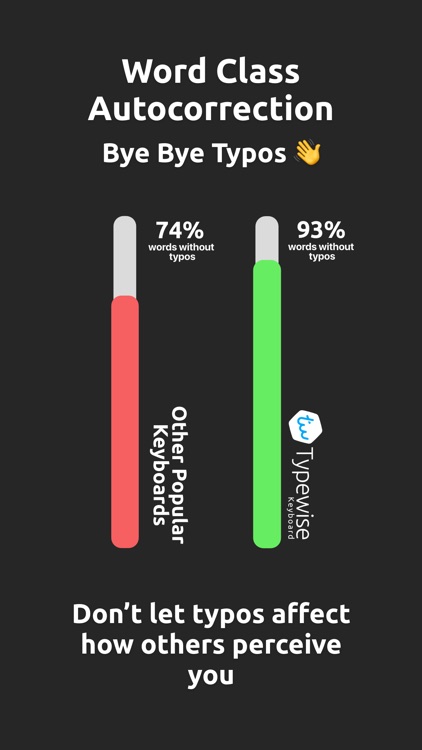 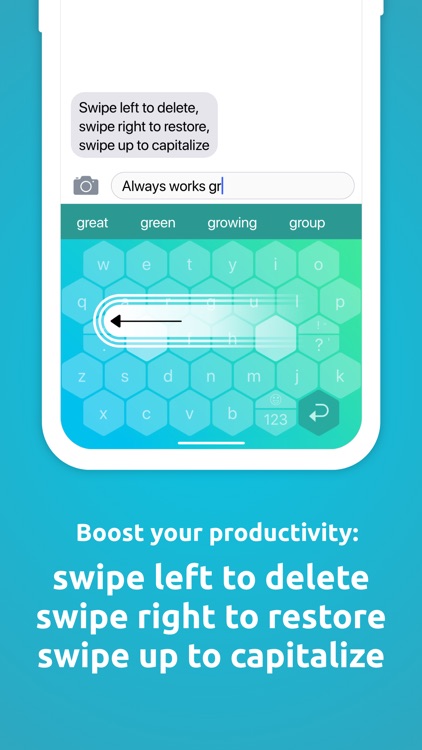 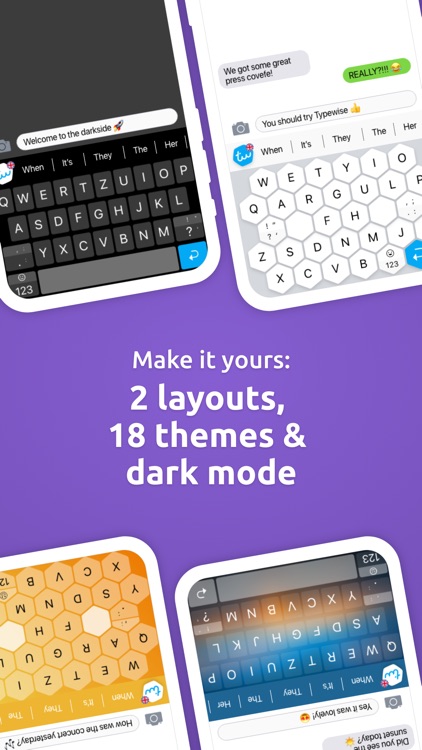 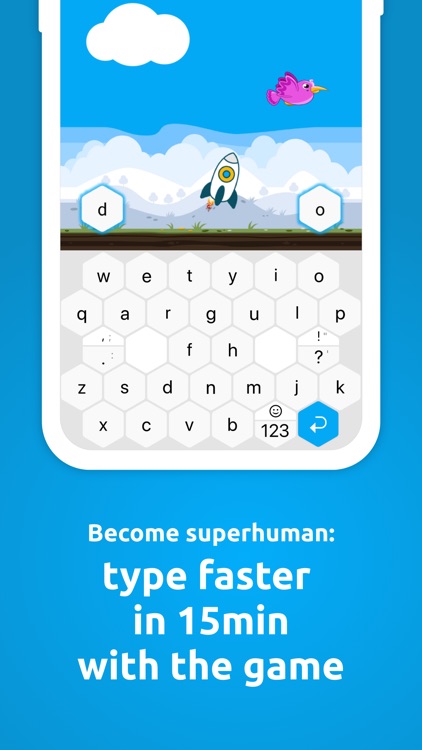 FOUR times fewer typos and 100% privacy with the first keyboard made for your iPhone.

DID YOU KNOW?
Current keyboards are based on the 140-year-old mechanical typewriter layout. Typewise is different. It’s the first keyboard that is specifically designed for smartphones. It’s revolutionary yet easy to use, and after a couple of messages you’ll love it.

4X FEWER TYPOS
A recent study with 37,000 participants showed that on current keyboards 1 out of 5 words contains typos. With Typewise you finally get rid of these ARRGGHH-moments. Thanks to the hexagon layout, keys are 70% larger and much easier to hit. It helps you to make four times fewer typos.

INTUITIVE GESTURES
Swipe up to capitalize a letter, swipe left to delete or swipe right to restore. It's as simple as that.

SMART AUTOCORRECT
Stop getting annoyed by wrong autocorrections or senseless predictions. Typewise learns what you type and helps you write that perfect sentence.

100% PRIVACY
What you write is personal. That's why the keyboard does NOT require “full access” and none of your typing data is transmitted to the cloud.
To improve tutorial, game and settings in the app, we rely on basic and anonymous usage tracking, which can be turned off completely using the offline mode feature. The keyboard itself is not tracked at all.
https://typewise.app/privacy-policy-app/

Typewise PRO is a service that costs $1.99 per month or $9.49 per year (prices vary by region). Payment will be charged to iTunes Account at confirmation of purchase and auto-renews at the same price unless disabled in iTunes Account Settings at least 24 hours before the end of the current period. Your subscription can be managed in your iTunes Account Settings. Review our terms of use: https://typewise.app/terms-of-use-ios/

SUPPORTED DEVICES
Typewise is optimized for iPhones with iOS 13 or later. 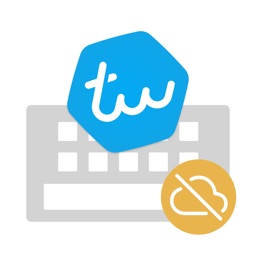 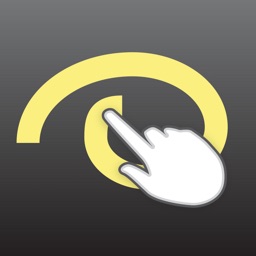 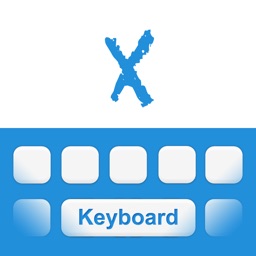 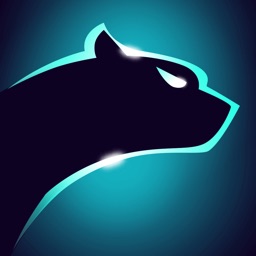 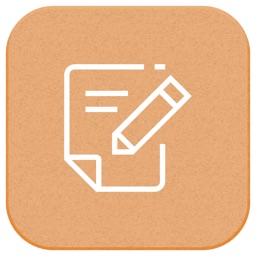 Aamir Ullah
Nothing found :(
Try something else