World War II Military Aircraft is a mini encyclopedia of the most important and influential aircraft that were used during the Second World War. 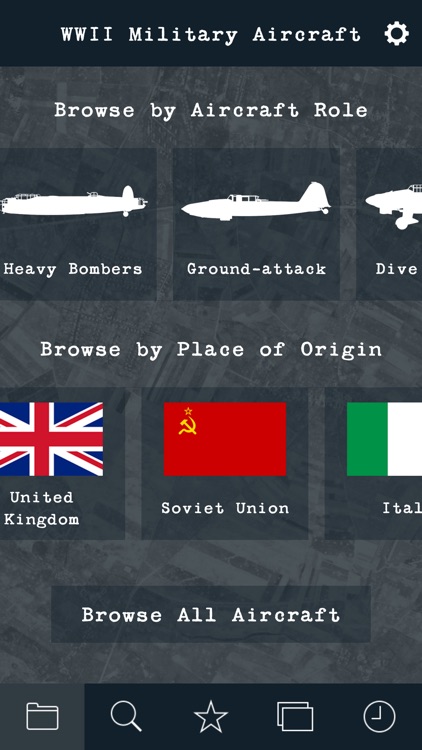 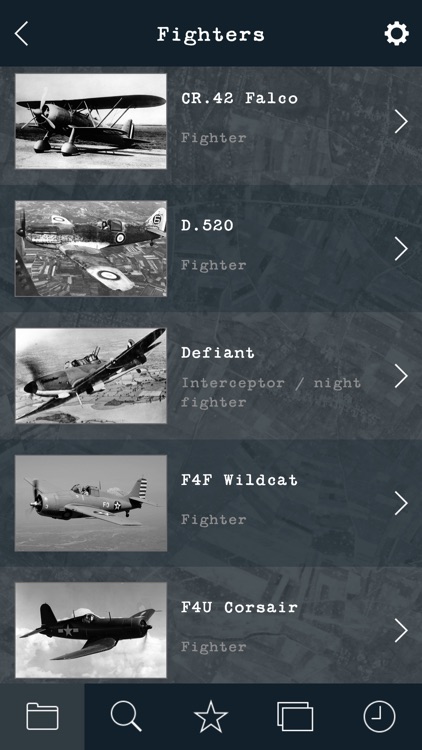 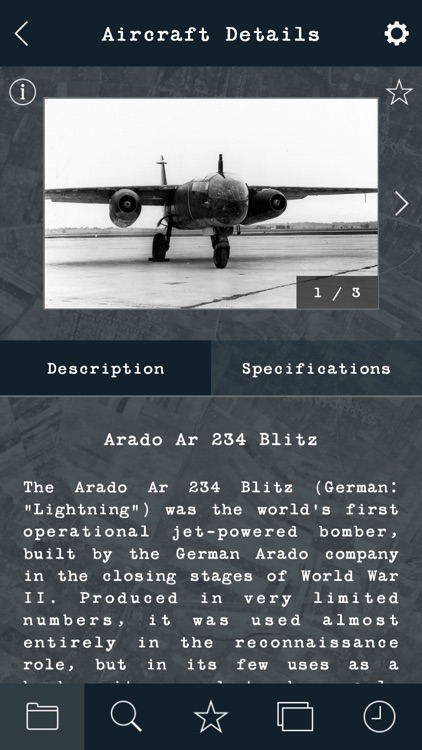 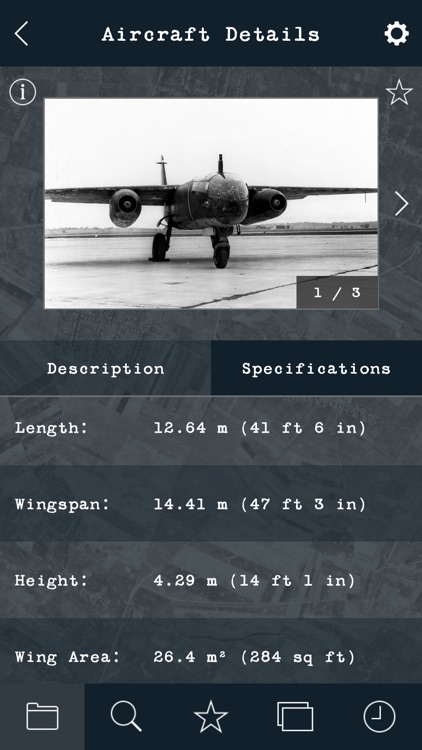 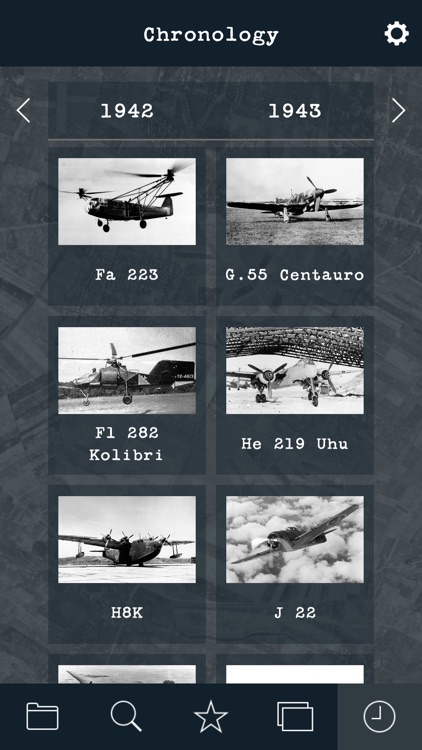 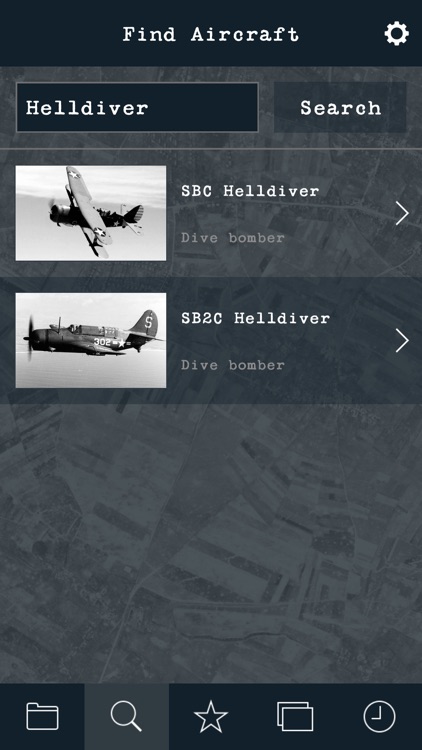 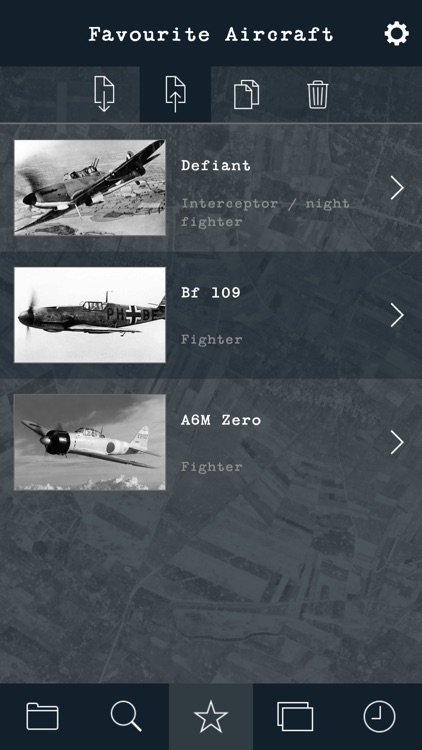 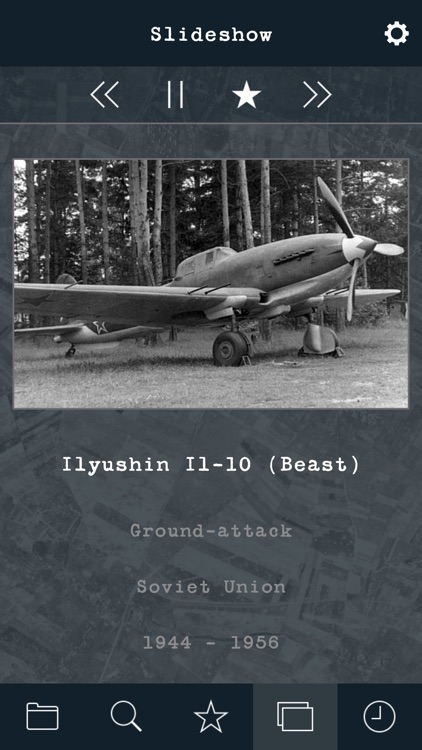 World War II Military Aircraft is a mini encyclopedia of the most important and influential aircraft that were used during the Second World War.

This pocket compendium app contains over 200 aircraft and lets you explore at a glance:
- the evolution of aircraft design, from the post-WWI Polikarpov Po-2 biplane to the Gloster Meteor jet fighter,
- the advancements in combat aircraft (from the Fiat CR.32 to the Ta 152), heavy interceptors (like the Do 335 Pfeil and the P-38 Lightning) and night fighters (including the P-61 Black Widow or Boulton Paul Defiant),
- the development of the bomber, from the Blenheim light bomber and Martin B-10 medium bomber to the Avro Lincoln heavy bomber and the jet-powered Arado Ar 234 Blitz,
- the creation of specialized ground-attack aircraft (Il-2 Sturmovik and Hs 129), dive bombers (Ju 87 Stuka, SBD Dauntless and D3A), torpedo bombers (from the Swordfish to the Albacore), reconnaissance aircraft (like Fw 189 or Ki-46) and trainers (T-6 Texans or Tiger Moths),
- the birth of the military helicopter (in the form of the Fl 282 Kolibri and Fa 223) and
- the replacement of civilian service transport aircraft with purpose-built military troop and cargo airplanes (including the C-47 Skytrain, Ju 52, SM.82 Canguro or Me 323 Gigant) and gliders (like the DFS 230 or Horsa).

Each aircraft entry contains at least one archive image, a short text that summarises the aircraft's development and service history and a detailed specifications table offering place of origin and production information, crew, weight and dimensions data, armament details, powerplant and performance figures. 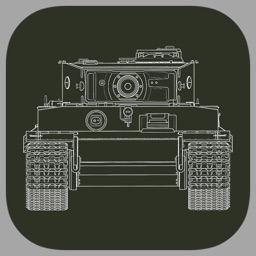 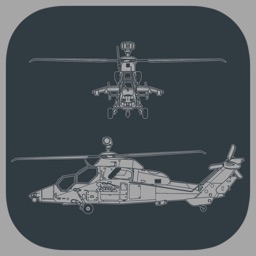 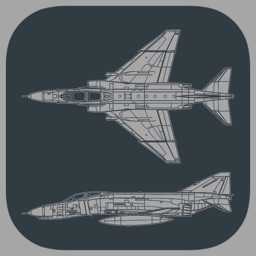 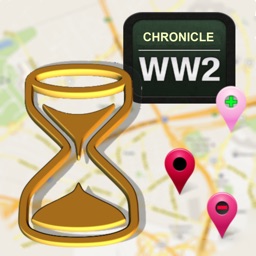 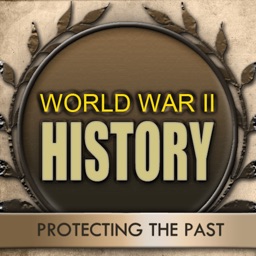 Wizzard Media
Nothing found :(
Try something else