Adventure games aren't just for gamers anymore. In this AppGuide, we have selected the most imaginative, well-written, visually stunning, and original games for you to play. Unlike puzzle or arcade games, the best adventure games spark the imagination, get you invested in the story, and try to give you a complete narrative experience. In the following guide, we list games that hit all or most of these criteria to give you varied and compelling adventures. 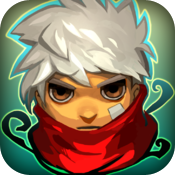 I'm not exaggerating when I say that Bastion is essential. I took a road trip from Rhode Island to Virginia (i.e. I was stuck for more than eight hours in a car) and luckily had installed this game the night before. I plugged my iPad into the car speakers, subjecting my driver to its awesome narration and played the game all the way through. This game has it all: satisfying gameplay, great graphics, addictive sound effects, perfect soundtrack, and a compelling story. The game follows the Kid around a post-apocalyptic world in which he tries to collect shards of a crystal in an attempt to rebuild his home. The Kid fights "wild" creatures and slowly realizes the awful cause of the catastrophe that befell his world.

LucasArts first came out with the Monkey Island series in 1990. Each was a smash hit that mixed adventure, puzzles and massive amounts of humor. The iPhone version is no exception. Guiding Guybrush Threepwood through the fictional pirate-infested Caribbean islands is a raucous romp. The puzzles are well crafted and the humor is guffaw inducing (do not play on the bus to work if you do not wish to be stared at). The menus can get a bit deep and sometimes touching the correct object on the screen can be difficult. Overall, though, this is a great adventure game that will entertain those new to the genre and veterans alike.

A true adventure game should have a gripping plot. At its heart, adventure is about sweeping you up in a story that absorbs you and has you craving more. Yesterday has one of the best stories that you'll find for your iOS device. The point and click gameplay is conventional and unchallenging, but the story is gritty, dark, weird, and funny. Yesterday is not aimed at children. However innovative the story, this is not the perfect game. There are some clunky interface choices (e.g. your inventory controls), but the incredibly well done story makes this game essential. Though, fair warning, it looks like the most recent iOS update has made this game crash. Check their developer website before purchasing to make sure those bugs were fixed! 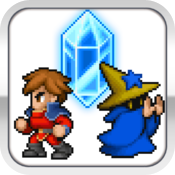 Again, classic gamers rejoice. Final Fantasy Dimensions is here to fill the void in your life you never knew you had. Before I get into a more complete review, full disclosure: this game is not free. People get hung up on the price, but Square Enix makes paid games. Every chapter costs money. You might as well buy all four chapters up front for a better deal, since you'll most likely end up buying all four anyway. FF Dimensions, like its brethren, is based on creating a fully explorable world rife with mini-games, things to discover, and a solid story to boot. What makes the gameplay truly great is the ridiculously immense job system. This is not a game you breeze through in a couple of hours and never play again. This game has more than a hundred hours of possible gameplay.

This is indie gaming at its best: beautiful, expansive, and original. Travel through a 16-bit world where the music and your gaming experience is atmospheric and dreamlike. If you're looking for fast-paced hack-and-slash action, you won't find it here. Instead, you're supposed to leisurely explore and interact with everything around you. There are a couple of puzzles that you have to do and it's got all the elements of a classic RPG (ancient tomes, magic, knights), but it's not an RPG you grew up with. Prepare to have your understanding of gaming turned on its head. During the game, you swipe, poke, tilt, and scribble on your iPad to complete a task. One part of the game actually takes a full month in real time. If you want to know where gaming's going, play Superbrothers: Sword & Sworcery EP. 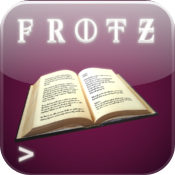 This is a text-based adventure game. But don't scroll away just yet! There's a reason why text adventures have persisted over decades. This (free!) game isn't about flashy graphics and the 3D experience. It's about adventure and imagination, plain and simple. Play classic interactive fiction titles like the Zork Trilogy, Hitchhiker's Guide to the Galaxy, and Trinity.

Based on the book Mysterious Island by Jules Verne (hence the game's name, of course), Jules Verne's Return to Mysterious Island uses a first-person perspective to play out its place in the adventure game genre. With some puzzles being extremely challenging and its backgrounds being gorgeous, it easily reminds us of Myst.

This underwater adventure game is made for the naturally curious and perfect for those looking for a more laid-back adventuring experience. The story follows Naija on her amnesic quest for her family and memories. The maps are gorgeously designed and open-ended. With every turn, you end up some place new and the story continuously unfolds. While most of the gameplay is based on exploration combining collected ingredients, there is some action thrown in there, with Naija transforming into an aquatic warrior princess.

Penny Arcade's On The Rain-Slick Precipice of Darkness 3

Old-school RPG players will appreciate Rain-Slick Precipice's design and gameplay. Penny Arcade has stitched together old and new school video gaming into one awesome adventure. Enjoy 16-bit graphics, inspired dialogue, and a break from the overly slick world of iOS gaming. A blemish on this otherwise great game is its awful navigational control. While I give the developers kudos for including a D-Pad, it's unwieldy and cumbersome. However, it is only used for navigation.

LostWinds2: Winter of the Melodias

If you're looking for a family friendly game with a cute protagonist, Lost Winds 2 has all of that in spades. It's part straightforward adventure, part puzzle, with a touch of Okami controls. Draw and swipe your finger to whip up wind and propel your hero around the map and over slime enemies. The storyline is simple and sweet, and you'll be charmed by imaginative controls and beautiful graphics.

Beneath a Steel Sky: Remastered

Beneath a Steel Sky: Remastered is another remake of a classic adventure game. The story is deep and accompanied by comic style illustrations from one half of the creative team behind The Watchmen, Dave Gibbons. Just like The Secret of Monkey Island, Beneath a Steel Sky uses lots of humor to pull its storyline along. The interface is not standard point and click, it uses a touch and drag system to move items around the screen and this leads to a lot of 'misclicks.' Otherwise, this is a can't miss adventure game for the iPhone. 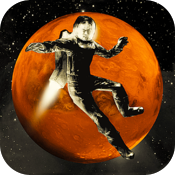 Take your iOS entertainment to a more ecologically aware level with Waking Mars. Instead of mutilating alien planets, cultivate them. Inside each cave (or room) on Mars, boost the area's biomass by figuring out how each cave's unique ecosystem works. Understand its diet, relationships with inhabitants, and chemical reactions. So, instead of point-and-clicking your way to victory, work to solve organic puzzles to help things grow.

Not all questions have sensical answers. McPixel teaches us that lesson. While this is another point-and-click game, McPixel drops you into ridiculous scenarios and has you try to prevent yourself from getting killed in any manner of ways. Based on MacGruber from SNL, you have to make your way through 100 hilarious challenges in this MacGyver parody. 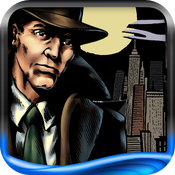 The film noir feel oozes out of this game. The whole story unfolding as interactive comic book is genius. Clever puzzles and a solid story line make this a solid adventure game.

If you want to relive the wonders you felt the first time you played Myst, play this game. Dream Chronicles is a gorgeous game that immerses you in an environment that blurs fantasy and reality at times. The puzzles are enjoyable and not extremely difficult.

Hack and Slash your way through hordes of enemies as Argos, King of Sparta. 3D graphics are gorgeous and the sounds are immersive. Controls are a bit off at times and the action, like many Diablo-style hack-and-slash games, can get a bit repetitive. 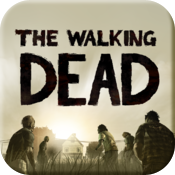 When the Walking Dead was adapted for the screen, it revolutionized the way people thought about the zombie genre. Its sophisticated, textured portrayal of a zombie-filled world was absorbing and addictive. Enter the game inspired by the story. The plot is just as engrossing and the dark, bleak graphics keep you hooked. However, the handheld incarnation of this desktop game isn't without its bugs. At the moment, it seems that the game isn't playing well with new updates and it crashes a lot.

This midieval epic is great for console gamers looking for an action-packed adventure. The visual details in the game make it a feast for the eyes and the in-fight controls make it truly interactive. Gather treasure, slash and dodge enemies, grab some loot and come out on top. Downside of this game is its limited scope. Unlike some other games we look at in this guide, Infinity Blade doesn't have great replay value and offers a relatively narrow scope of entertainment.

Back to the Future: The Game

Loved the movie? Play the game. Six months after the trilogy, Doc Brown is missing so it's up to you to go back in time to find him. This game is probably not the best purchase it you weren't into the Back to the Future movies because there are no stand out features in its gameplay or graphics. However, if you are a fan, both the animation and the voice acting is great here, and makes it lots of fun.

This is a truly beautiful and original point-and-click adventure game. Follow a little robot as he makes his way through a steampunk dystopia. Unlike other games in the genre, this one has no dialogue whatsoever, making it unique and universal. However, despite its loads of style and quirkiness, it is still a simply point-and-click game. This doesn't really bring anything new to the table, but its design makes for a memorable experience. 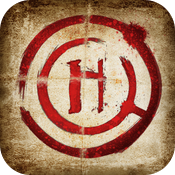 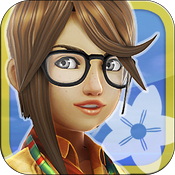