Keep in touch with your social network

Instant Messaging apps as their primary function should provide an easy way to keep in touch with friends across a variety of networks. There is a lot of choice out there, and there's a lot of overlap between the many options. The key to determining which app you need is figuring out what networks and features you need and how much you are willing to spend. Push notifications for new messages are basically standard across all paid apps and even some of the free ones, so what else should you look for? 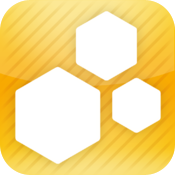 BeejiveIM has been the Swiss Army Knife of IM apps for quite some time. It can connect you to virtually every messaging network out there and sends you push notifications to notify you of new messages for up to seven days after you've closed the app. It offers an insane amount of customization and a slick user interface. It is also noticeably faster to load up initially when comparing to other multi-service clients such as IM+; this is really important for an app that is facilitating "instant" communication. The only notable services missing are Twitter and Skype integration, but there are plenty of other apps that can better deal with those services anyway. $9.99 can be a lot to swallow, but there's no denying that BeeJiveIM is a solid app.

Take BeeJiveIM, add in Twitter and Skype capabilities, and you end up with IM+. It's not as quick as BeeJiveIM, and it only allows you to stay logged in for three days as opposed to BeeJive's seven. Other than those small drawbacks, IM+ is a great app, even if $7.99 is a little tough to swallow. But if you consider that this is also a fully functional Twitter client, the value proposition increases. For those that just hate typing with their thumbs, an additional 99 cents a month will let you dictate your message and have it appear on screen. If you've never paid for an app in your life and don't plan to start now, IM+ Lite is a great free alternative. It has some ads and is limited to only one hour of push notifications before it logs you out, but other than that, it's not missing much. 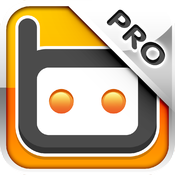 eBuddy is the iPhone extension to the popular website ebuddy.com. It allows simultaneous connections to most major instant messaigng networks (Skype is noticeably absent), and it does this for half the cost of IM+ and BeeJiveIM. With push notifications available for up to three days after closing the app, there's little reason to spend more than the $4.99 asking price on a more expensive app. The only thing that may push you up to the $9.99 apps is the ability to view and compose messages in landscape mode. This feature is listed as coming soon on eBuddy's app store page. If $4.99 is still too much to spend, eBuddy Pro's free version known simply as eBuddy is essentially the same app with ads and only one hour of push notifications after closing the app.

IMO is another IM client that can connect to a variety of different services at the same time, such as Facebook, Aim, Skype, Yahoo!, and MSN. This IM client is simple to use and has a nice interface as well. I also found that push notifications work decently well with it, which is becoming increasingly rare. Overall, I recommend trying this fantastic app for yourself, at the price of free you can’t go wrong.

Fring lacks some major features like push notifications and Facebook chat, but it makes up for those omissions with voice over IP and one-way calling. With full access to Skype Out accounts, this app provides a great way to make calls when typing just won't do. The fact that Fring doesn't cost a dime makes this a great choice if you can stand to be without some of the fancy features of IM+ or BeeJiveIM. 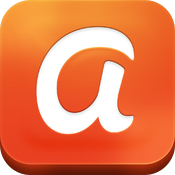 In sea of apps that can connect you to virtually every instant messaging network at once, this one focuses on just one (well, three if you count MobileMe and .Mac). If AIM is all you care about, you can save a few bucks by getting this one as opposed to one of the big boys. On top of basic messaging, AIM supports push notifications, SMS messaging, and a service called LifeStream that helps you stay up to date with the likes of Twitter and Facebook. AIM is a great client if you don't need anything more than just the AIM service.

Like AIM, this one covers just a single service. But it's free! It even supports SMS messaging.

Skype's official app. It's the way to go for VoIP on the phone but it's not much of an aim app. 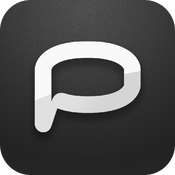