With Twitter becoming more and more popular each year, the competition for the best Twitter app is in its prime. Let's investigate the feature lists, functionality, and overall design of some of the top Twitter clients for the iPhone and see who truly has the best app—or the best one for your needs.

Tweetbot is surely the best Twitter client available at the moment. Not only is it aesthetically pleasing—with its interactive interface, beautiful design, and integrated sounds—but it goes above and beyond when it comes to functionality. The app really comes to life as you utilize gestures to explore your timeline. The best thing about Tweetbot is how they treat lists. A list is a curated group of Twitter users and a great way to organize your interests. Unlike any other Twitter client I have seen, Tweetbot allows you to view your lists as one sleek, fully functional timeline. If you currently do not use lists, you may want to start. It will make your existence in Twitterland much more simple and entertaining. Want to get the most out of Twitter on your iPhone? Look no further than Tweetbot. It's worth mentioning that some users are unhappy with the remake of the app but love the design, so they continue to use the older Tweetbot 2 (linked below).

For a free Twitter option, Twitter for iPhone is certainly your best bet. It has a clean, bright theme and utilizes most features you would need in an iPhone app. For example, if you see a trend that makes no sense to you, you can press the icon in the bottom left of the screen whilst viewing the trend's feed to get an explanation for it. One of the best features is an easy way to access the reply, retweet, favorite, and other common commands by simply swiping across a tweet. The clean interface and iOS integration that come with this app put it a cut above. This is a great free and easy Twitter option.

Osfoora has been one of the more popular Twitter clients. It offers many of the same features as Twitter for iPhone, but improves on a few. For example, when I wake up, I like to read the tweets that were made while I was asleep. Osfoora gives you a counter on the timeline icon that indicates how many tweets were made when you last refreshed. Very useful if you follow a lot of people. It does, however, lack push notifications. You would think that by now, push notifications would be standard in all Twitter apps. But Osfoora 2 is an excellent Twitter alternative.

UberSocial is potentially the best third party free Twitter app. Its interface consists of a top menu that has so many options to view your timeline, photos, favorites, and much more. Though UberSocial includes everything you'll ever need to see in a twitter app, the extensive interface can get confusing. If you just want everything in one place, and don't want to pay the price, head straight to UberSocial for a comprehensive, satisfactory app.

What's great about Echofon is that you can now enjoy Twitter push notification without dropping a dime. That's of course if you don't mind the ads. It also exists in an ad-free version (linked below) but the app's very limited set of features are definitely not worth spending the money they are asking for it. If you don't use Twitter much and you're just looking for a simple free client with push notifications, Echofon is all you need.

by The Iconfactory
FREE More info

Twitterific is a cute little Twitter app that is perfect for those looking for the most basic, fun experience. The menu has your timeline, mentions, and messages. A lot of the other features found in other apps are not included. For non-serious Twitter users, who just want a good-looking app that lets them stay updated with their friends, this is the one for you.

Twittelator Neue is gorgeous in design, but a bit behind when it comes to function. Although it has a lot going for it, and does most things a Twitter client should, its lack of push notifications and iOS 5 Notification Center integration really makes it not worth it right now. Wait until they update it to include these things, which I am certain they will do shortly. Keep an eye out for updates, because this Twitter client is both functional and beautiful—as if it were made by Apple itself. I am excited to see what they do with it.

Tweetlogix is well designed and works well, but it's missing some key features that really are holding it back. It's similar to Twitter for iPhone, but lacks push notifications and iOS 5 notification center support. For $1.99, with these key features missing, I don't see how this is worth it. But it is popular due to its nice design and easy to use interface.

Tweetings 2 is similar to Twitter for iPhone in many ways. However, the UI is not as amazing as Twitter for iPhone's, and you might feel overwhelmed by the amount of settings it offers. It's still a good client, especially if you like the dark theme. 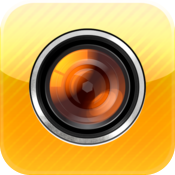 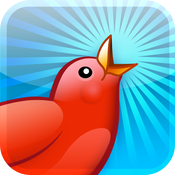 by System of Touch