Get around New York City with ease

NYC Subway Apps For The iPhone

The subway system in New York City is second to none. Trains run like clockwork and the system is easy to understand. But many times there are delays because of equipment problems, track work, and other unforeseen issues. Getting a simple route from Point A to Point B is easy with these iPhone apps.

The subway can be an intimidating ride for anyone. When do you transfer? Will the S get you to Times Square? Everything you could ever need to get around by bus or train can be found within HopStop. Its directions feature geolocates you and will give you multiple routes to your destination. You're given times to each stop along the way along with the cost of the ride. Live delays and comments are also integrated. This app is a genuine expert for getting around and should be front-and-center on your iPhone when coming to Manhattan.

When you need full details on where you need to go, Embark NYC does an amazing job. It's an essential app regardless of whether you've ridden the subway once or a thousand times. Simply tap on the subway map for your start and end points. Embark does the rest with its slick interface. A route comes up in seconds and will even show you every stop leading up to yours. Trips can be sent via twitter, SMS, or in fully detailed emails. The app has you covered with service alerts which are sorted by line, so they're quick to find. 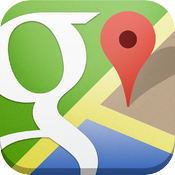 Google's gold standard app is notable for its driving directions, but it's easy to forget that mass transit is just a tap away. Once Google Maps is open, just enter your destination. Tap the bus icon at the top and you are on your way. Google provides travel times with live data, multiple route options, and it integrates with your Google account to quickly find places in your history.

NYC Subway 24-Hour KickMap is a unique app that has great potential. The app features day and night maps, which will change over at the appropriate times. The app includes Google Street View making it easy to see where you need to go. The app also includes a built in compass to steer you in the right direction. The app includes all of these great tools to help you find your way without providing directions. The app lacks directions and this is a problem. If you are unfamiliar with the city then directions are a must. If you are familiar with the city this app may be a great choice, but most will want directions built into the app. The app has a nice interface and is just lacking in functionality.

If you need an app with walking directions along with your subway directions, then this is the app for you. The app stores a lot of the information it uses right on your iPhone, which allows you to use it even while traveling underground. The app includes a street map with the subway system map, which makes it very simple to put everything in perspective.

If you're looking for just a subway map, this app dispenses with all the routing functionality and gives you just what you're looking for. No buttons or any interface options exist. It is an ad-supported, free app. The biggest down side is that you cannot zoom in or out. The map has a single view.

New York Subway has potential, but in its current form is not one we would recommend. The app is buggier than any of the other subway apps reviewed in this guide. The app does feature a cool virtual reality enhancement. The app can display relevant information on your screen by simply pointing your camera near a subway station. The app includes all of the standard features that the other apps do, but once again lacks the great directions that the essential apps have. 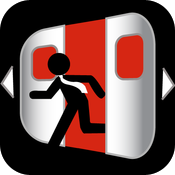 Exit Strategy is a unique app and it does things a bit differently. The app is designed around the concept that you want to get off the subway from the correct door to save time walking. The concept is great and the added functionality is nice for those that hate to walk. The app also includes bus maps, which is a nice bonus to this wonderful subway app. However, the app depends on you using Google Maps for your directions. The app features no built-in walking or subway transfer directions. The lack of this functionality make this app a decent one instead of an essential one. 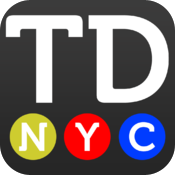 Chicago Transportation Apps For The iPhone