You are using an outdated browser. Please upgrade your browser to improve your experience.
by Scott Grizzle
June 11, 2010 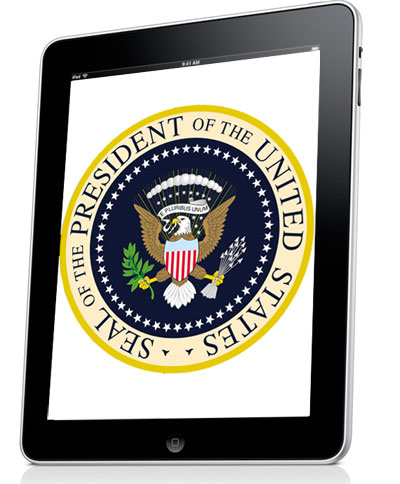 While President Obama recently confessed that he didn't know how to use an iPad or an iPod, the same is not true of those who surround him. Apparently the number crunchers at the White House thought that $499 is the kind of expenditure they could approve of.

White House Chief of Staff Rahm Ehmanuel, senior adviser David Axelrod,  deputy press secretary Bill Burton, communications director Dan Pfeiffer, press wrangler Ben Finkenbinder, and economic adviser Larry Summers are among those in the White House who have iPads or have them on order according to a recent article from the Washington Post.

While running the country is one of the few things we don't yet have an app for, White House staffers find it good for keeping up with news, the economy, and for some.. it's a good way to catch up on "Lost."

While the iPad uses are mostly recreational now, it's obvious that a future where press briefings and White House staff meetings are done by an iPad, is not that far away.