You are using an outdated browser. Please upgrade your browser to improve your experience.
by Joe White
July 16, 2010

Following Apple's "AntennaGate" Press Conference, which ended moments ago, the company has added a new section to its main site detailing the iPhone 4's antenna issue. The section, which is super-consise and highly informative, contains a series of videos explaining how to bring about the issue on your own handset. In addition to this, the same "death grip" is also demonstrated on the Blackberry Bold 9700, the HTC Droid Eris, the Samsung Omnia II, and the iPhone 3GS. As you can see from the accompanying videos, all four handsets succumb to the antenna issue; the only thing that chances is the position of the grip. In addition, Apple also demonstrates how holding the phone in a fairly normal fashion (below), can result in a loss of signal. This issue is by no means unique to the iPhone 4 - and as Steve explained in the conference, all Smartphones suffer from this issue, to a certain extent. 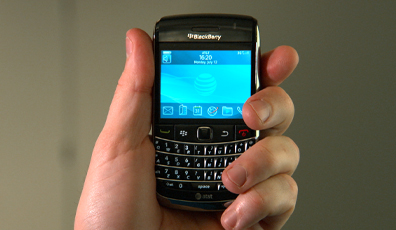 Apple also highlights how the position of the antenna within the phone affects the results of the "death grip." As you can see from the below image, the Blackberry Bold 9700 houses its antenna towards the bottom of the phone - meaning that cupping this section will result in a decrease in signal. 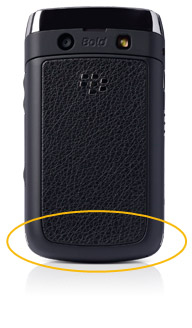 Apple also gives readers a spot of education, explaining that the phenomenon we're experiencing is known in the industry as "attenuation" - and that it's the opposite of "amplification". Here's how Apple puts it:

Understanding attenuation and signal loss. The opposite of amplification, attenuation happens whenever a signal is obstructed. All antennas — including television, radio, GPS, and cellular antennas — can experience attenuation. And with most antennas, the density and composition of the human hand can cause attenuation to a greater degree than some other materials. On a mobile phone, signal loss typically occurs when your hand attenuates the most sensitive part of the antenna. In the photos and videos below, we demonstrate how different grips cause attenuation on many popular smartphones — including iPhone 4 and iPhone 3GS.

The section also pays specific regard to the iPhone 4, with Apple stating that in its own tests, a three-bar signal was reduced to a single bar. It's presumed that a "no signal" message in the top left of your phone depends more on your area's signal strength, as opposed to the position of your hand. 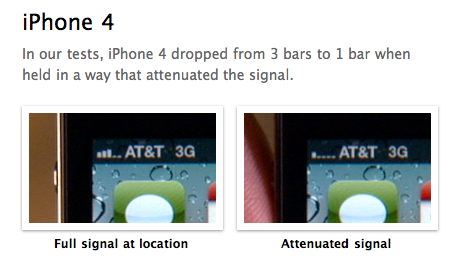 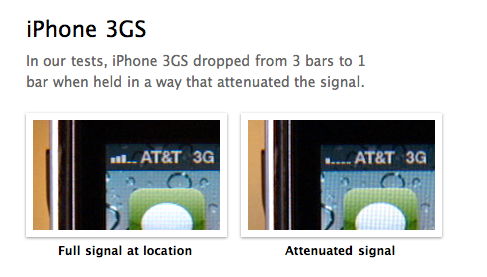 Furthermore, Apple also links another new section on its site - this one explaining the company's $100 million Design and Test Labs, which gained a mention from Steve in the Press Conference earlier today. We'll be posting more on Apple's "AntennaGate" Press Conference throughout the day, so be sure to check back for our regular updates! 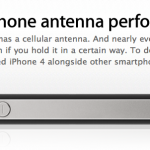 Apple Adds iPhone 4 Antenna Performance Section To Site
Nothing found :(
Try something else