You are using an outdated browser. Please upgrade your browser to improve your experience.
by Casey Tschida
July 6, 2010 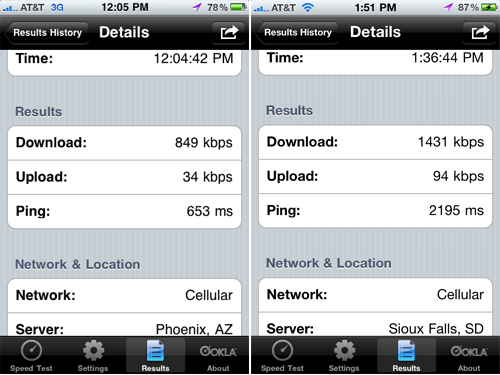 Over the last few days, many iPhone users are noticing that 3G data network upload speeds have been severely limited. Users have been reporting upload speeds, using the free Speedtest.net app, of no more than 100Kbps. An unofficial tally shows how widespread this issue is.

Mary: "We have a map with coverage on it, and like right now, there's, ya know, some data issues going on, with pretty much all of the United States, where there's some network issues going on, and of course it doesn't tell me when its going to be resolved, but it's covering all but a couple of the states." Me: "Is it typically lit up like that?" Mary: "No sir. There is a little bit of that going on right now, when I went in and looked at that." So yeah. She also told me that they have specific maintenance schedules that they aren't privy to, and that I couldn't talk to that department, but I could only call tech support.

Seeing as the iPhone 4 has a theoretical HSDPA (download) maximum speed of 7.2Mbps and a theoretical HSUPA (upload) max speed of 5.8Mbps, this is quite significant. Typical conditions normally result in a "real" average of about one third of those numbers. In our couple quick tests done today, it seems 3GS users are affected but with the iPhone 3GS also having a theoretical max HSDPA of 7.2Mbps but only 384Kbps max HSUPA speed, it is much less noticeable. The left screenshot above is our own Tyler Tschida's 3GS from the Phoenix suburbs and the one on the right is my iPhone 4 from central MN. I did try a number of other speedtest.net servers with only worse results. It's likely the holiday weekend created a lot more network traffic, but more importantly had technicians on vacation leave. What's the exact cause of the problem and how long will it take to be corrected? No official word yet but hopefully in the next day or two. Do any of you live in a location not mentioned and still have problems? [via Mac Rumors] 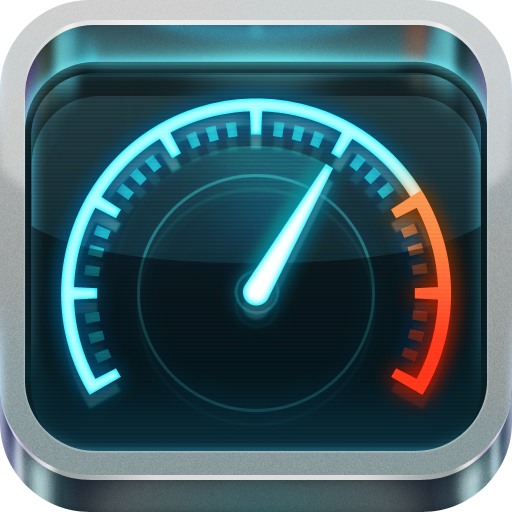 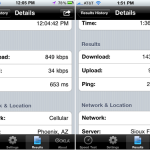 AT&T Experiencing Scattered But Nationwide Data Network Issues
Nothing found :(
Try something else