The BBC has just announced that it will be releasing a BBC News app later today for iPhone and iPad. Following several months of careful consideration by the BBC Trust - who "assessed the proposals and their impact on the rest of the industry" before deciding whether the application required further investigation. The app itself was due to be released in April 2010. However, the Newspaper Publishers Association feared that making news available to the masses for free would severely damage the industry. Thus the BBC Trust embarked upon a study of the application, and how it would make an impact upon the current media landscape. You can check out the full press release here - though all you really need to know is that the Trust gave the go ahead for the app to be released, deciding that a Public Value Test was not necessary. 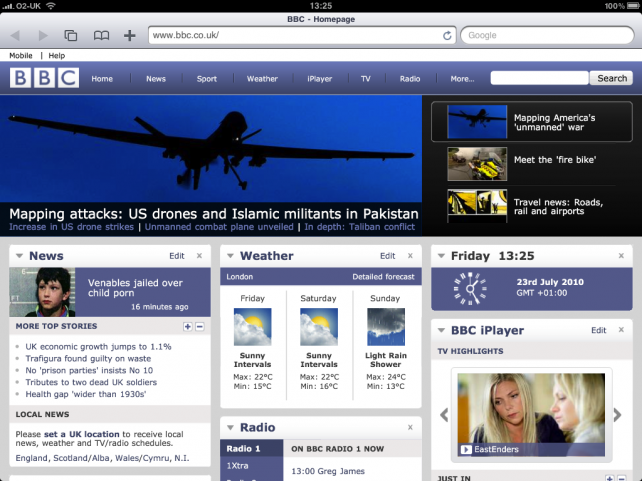 So, be sure to check the App Store this afternoon for the iPhone and iPad applications. In addition to these, the BBC has also announced that a BBC Sport and iPlayer app will be coming along soon, though nobody is exactly sure when. And, don't forget to let us know whether the apps were worth the wait in the comments box at the end of this article!

BBC News App To Hit UK Today, iPlayer App Also On Its Way
Nothing found :(
Try something else