You are using an outdated browser. Please upgrade your browser to improve your experience.
by Joe White
July 24, 2010 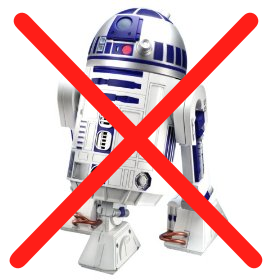 As many of you already know, Apple's recently-posted Antenna page hasn't hidden away in the shade since its premiere after the AntennaGate press conference. Instead, Apple has continually updated the site with more and more handsets that have been proven to succumb to the deathly "antenna issue" - the most recent addition being the popular iPhone-competitor, the Droid X.

Before the addition, only the Blackberry Bold 9700, HTC Droid Eris, Nokia N97 mini, Samsung Omnia II, and iPhone 3GS made up the page's list of demonstrated handsets, alongside the iPhone 4. However, the recent addition of the Motorola Droid X pushes the list of third-party "antenna issue" handsets up to five - meaning the site now displays a total of seven handsets succumbing to the now-infamous "death grip." The content available includes the standard info, photos, and a video (below) highlighting just how easy it is to forcefully banish all reception from the handset. Interestingly, the Droid X reacts to the tests in a far worse manner than the iPhone 4 did - with the former dropping from 3 bars to 0, and the latter from 3 bars to 1. It's worth remembering that these tests are made in Apple's "black labs", meaning that when it comes to the results, there's no room for compromise.

It's interesting how Apple has done a complete PR U-turn with regards to this issue - now continually posting new data online, reminding users of the issue, instead of trying to let us forget what we're already aware of. Do you think Apple is doing the right thing, in continuing to "name and shame" other handsets, or have we heard enough about the over-publisized antenna problems? Let us know in the comments box below! And, thanks to MacRumors for spotting this. 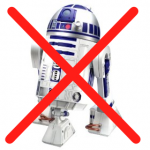 Droid X Now Named And Shamed On Apple's Antenna Page
Nothing found :(
Try something else