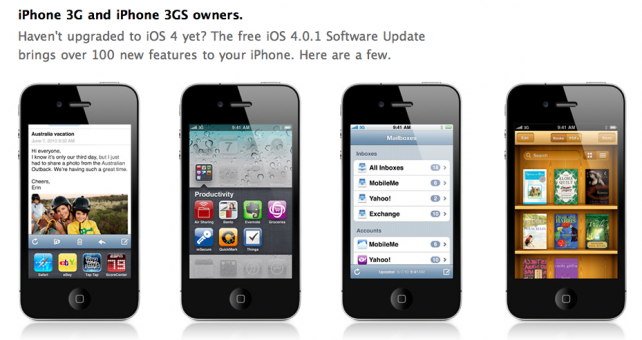 The third-party analytics company, Chitika Research, has just announced that half of all iPhones the company encountered are now running Apple's recently-released iOS 4 software update. Out of the 9 million iPhones investigated, exactly 50% were running a version of iOS 4, with 49% stuck on iOS 3.x and a tiny 1% still lingering on Apple's now-ancient iOS 2.x operating system. 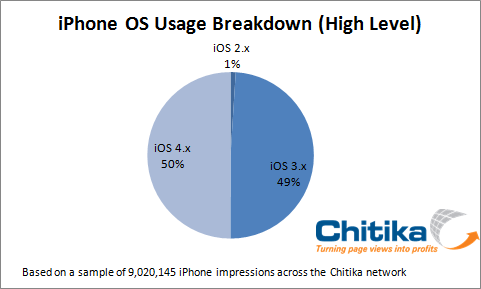 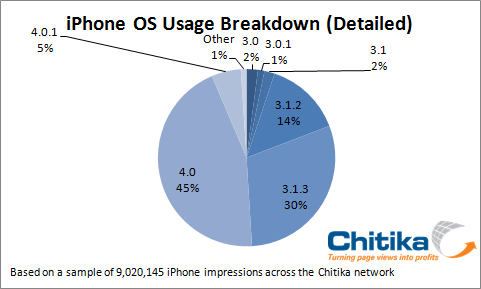 So, what do you think? Surprised more people haven't quickly updated to 4.0.1, or didn't you expect the demand for this new iOS update to be that high? Obviously, iPhone 2G owners are stuck on iOS 3.1.3, and many iPhone 3G owners might rather save their phone's speed, than update it to iOS 4.0 and risk losing it. iTunes does make updating as easy as eating an Apple, so one can only guess that either these users can't upgrade to iOS 4.0, or they just don't want to. Be sure to let us know your thoughts in the comments box below. And, thanks to Apple Insider for spotting this! 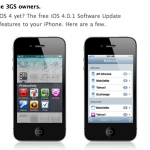 iOS 4 Now Running On 50% Of iPhones, According To Chitika

iOS 4 Now Running On 50% Of iPhones, According To Chitika
Nothing found :(
Try something else