If you're wondering why Apple has been struggling to get new iPads on store shelves over the past couple of months, then ponder no further. The South Korean manufacturer, LG, which specializes in the production of liquid crystal displays, has announced that the company simply cannot meet the continually growing demand for iPads. However, the company hopes to be able to get back on course by the second quarter of 2011 - a statement made by LG Chief Executive Kwon Young-soo on Thursday, according to the WSJ.

"Apple is ordering more and more displays but it isn't something we can be able to respond to quickly. I am not sure whether we can be able to meet orders from other companies for similar products, but we will be able to supply the displays without fail... by the second quarter of next year."

However, Apple certainly isn't taking its foot off the iPad gas pedal; the company announced on Monday that it will be releasing the device in a further nine countries, meaning that demand for the product can only increase. Yet it seems that LG simply cannot manufacture the quantity of LCD screens needed by Apple. Whether the two companies can meet one another halfway over the matter remains to be seen. Either way, Apple is going to have to deal with the issue eventually when LG runs out of LCD screens; even though the company isn't Apple's only provider, many believe it to be the biggest LCD-manufacturing fish in the pond. We'll just have to wait and see what happens. Any developments in the story will be reported here, so be sure to check back for updates! 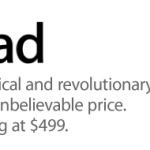 LG CEO: We Will Catch Up With iPad Demand "Without Fail" By Q2 2011
Nothing found :(
Try something else