You are using an outdated browser. Please upgrade your browser to improve your experience.
by Joe White
July 15, 2010 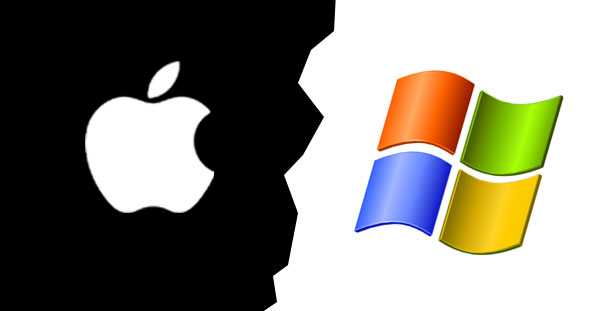 It was only a matter of time before some Microsoft executive took a swipe at Apple's afflicted iPhone 4. And while I'm surprised the comments didn't come from iPhone-stomping Steve Ballmer, I'm almost taken aback by the nature of the comparison made by Kevin Turner, Microsoft's Chief Operating Officer. Speaking at Microsoft's World Partner Conference (WPC), Turner compared Apple's latest iPhone with his own company's complete failure of an operating system, Windows Vista:

Clearly, Microsoft has been waiting ever since the demise of Windows Vista for Apple to make a similar faux pas. And, while Mac OS X has never been better, Apple's latest iPhone is debatably flawed - with many users (including the guys over at Consumer Reports) stating that the phone is afflicted with an antenna issue. While I (and many others) have never been able to reproduce this issue, it has been confirmed by Consumer Reports as being there - which really is as good as stamping "flawed" on the side of every iPhone 4 box. But, in all seriousness, is it really fair for Kevin Turner to compare the iPhone 4 with Windows Vista? Personally, I'd say no, it's not. And, as an iPhone 4 owner and past Vista user, I feel qualified enough to oppose his comment Now, I'm not going to get on my high horse about Vista, and I'm not going to break this argument down to the fundamental Apple vs. Microsoft rivalry - which, as we all know, is what it's really about. Instead, I'm just going to say that Microsoft might as well have bought me a Mac when the company released Vista: nothing could have made me change camps quicker. The Vista OS was a total nightmare. I've never been so relieved as I was the day I booted up my MacBook Pro and first experienced the speed and elegance that was, and still is, Mac OS X. Because Apple has created a great operating system in OS X, and Microsoft knows it.

Turner and friends also know that Apple's iPhone has revolutionized the mobile telephone market, and Apple has raised the bar for everyone in the consumer electronics industry. Could Microsoft possibly be left standing in the shadow of turtleneck-wearing Steve Jobs? With the release of Windows Phone 7 (Microsoft's answer to the iPhone), digs are obviously going to be made towards Apple's iPhone 4. After all, it would be impossible for Microsoft not to ridicule Apple's latest handset. All Kevin Turner really wants is to have a level playing field upon which to match the Windows Phone 7 against the iPhone - and this means knocking Apple down a peg or two. We want to know your opinions regarding this statement. Is Turner right? Would you compare the iPhone 4 with Windows Vista? Or, do you think Turner is jumping on the antenna-issue-bandwagon, and trying to pass off Microsoft's failed operating system as a fluke that all companies are capable of making - even Apple. If your phone's afflicted with the reported antenna issues, or if you haven't yet encountered them, be sure to drop us a line. As always, let us know in the comments box below! 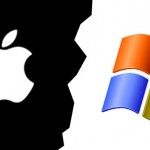 Microsoft Executive: iPhone 4 Is Their Vista, And I'm Okay With That

Microsoft Executive: iPhone 4 Is Their Vista, And I'm Okay With That
Nothing found :(
Try something else