You are using an outdated browser. Please upgrade your browser to improve your experience.
by Joe White
July 21, 2010 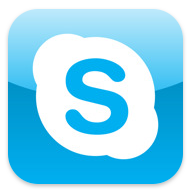 Here's a bit of good news for all you iPhone 3GS and 4 owners who love a quick Skype session every now and then: the service's popular iPhone app has just received an update that allows iOS 4-running users to run Skype in the background. Ever since multitasking became a reality last month, fanboys across the world have been awaiting the ability to run a VoIP app in the background - with many holding out for Skype's long-awaited update. However, now that the application has been updated (2.0.1), users can enjoy this brilliant luxury. Here's what Skype has said in the app's release notes:

"Run Skype in the background with multitasking in iOS4. Receive Skype calls and IM while other apps are running or when your iPhone is locked. You can also continue your call while you switch to another application."

And, what's more, Skype has stated in a blog post regarding the release that using the service over 3G will be free of charge. Originally, Skype stated this 3G service would only be free through the end of the year. 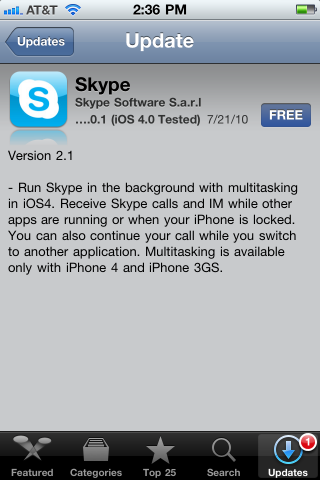 So, be sure to download the update now, and let us know how it works for you in the comments box below! [Image: Boy Genius Report & thanks to everyone who sent this in] 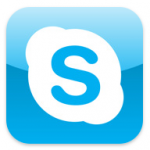 Skype Updated, Now Allows For Calls In The Background

Skype Updated, Now Allows For Calls In The Background
Nothing found :(
Try something else