You are using an outdated browser. Please upgrade your browser to improve your experience.
by Scott Grizzle
August 20, 2010
While the App Store's "Top Apps" charts have always given equal billing to both free and paid apps, it appears that the equality has finally come to an end. When the App Store was originally added to iTunes, it contained two "Top Apps" charts. One for free apps and one for paid apps. A few months ago Apple added a third list of "Top Grossing" apps. Users in iTunes would see all three charts down the right-hand side of the App Store in iTunes. 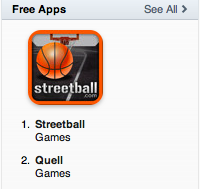 Historically this column would show the top ten apps in each category. Recently the free apps chart was reduced to only one or two apps, while the paid apps sections still displayed ten each.

Apple makes changes for a limited number of reasons, which makes us wonder if this was an aesthetic choice, or if Apple is just trying to put more emphasis on the paid apps. With the millions of dollars being made by Apple from paid apps, we can only assume that obscuring the free apps would mean a noticeable increase in profits. At the same time, displaying all 30 apps made for a very long list, so Apple may have made the cut to shrink the page. Either way, it's obvious that Apple no longer considers free apps to be as important as paid ones.

What do you think the reasoning is? Let us know your thoughts on paid vs. free apps in the comments box below. 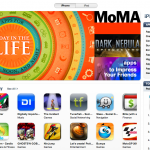 Apple Drawing Attention Away From Free Apps
Nothing found :(
Try something else