You are using an outdated browser. Please upgrade your browser to improve your experience.
by Joe White
August 31, 2010
We've seen Netflix take center stage on our iPhones and iPads, yet this may not be all Apple has in store for the popular US-based video streaming service. Indeed, new rumors (Bloomberg) have recently hit the web stating that Apple's upcoming Apple TV upgrade (dubbed "iTV") may include some variation of the Netflix service. Personally, I think this would be a great move for Apple to make. Many view Apple TV as being an unnecessary gadget that could never (and would never) replace cable or satellite on your TV. However, Netflix integration with a future version of Apple TV could turn this common opinion around. Apple is expected to announce "iTV" at tomorrows special event. The upgraded version of Apple TV is expected to run a version of the iOS, meaning users could interact with applications through their iTV set. As mentioned, we've seen Netflix premiere on the iPhone and iPad - so a move to the iOS-operating iTV would make perfect sense. Sadly, Netflix doesn't air HBO shows - which means True Blood fans will still have to tune into regular programming, or wait for a season pass through iTunes. Yet, if Netflix does make the move to iTV, I would expect similar services offering a wider - or even alternate - choice of TV and movies appearing soon. In fact, I think this would be essential if Apple wants iTV to be a big success. With the aforementioned special event scheduled for tomorrow, I guess we haven't got long to wait until we discover the mysteries of the Apple TV upgrade. Don't forget, we'll be covering the event from 9am Pacific Time (12PM Eastern / 5PM GMT / 6PM Central European) tomorrow, so be sure to come back! 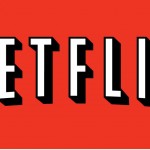 Apple Planning Netflix Streaming On iTV?
Nothing found :(
Try something else