You are using an outdated browser. Please upgrade your browser to improve your experience.
by Alexander Vaughn
August 1, 2010 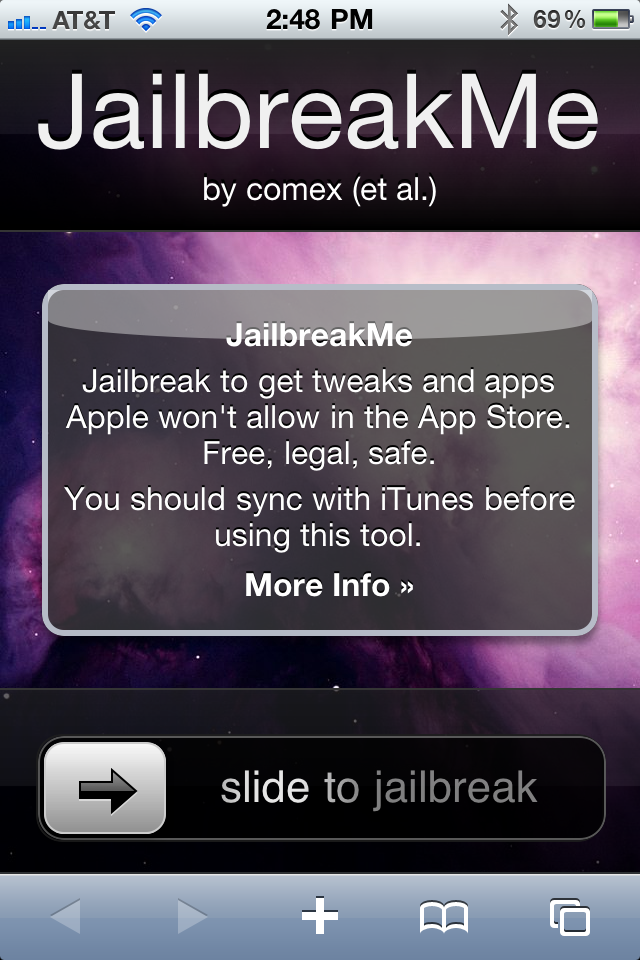 Update: jailbreakme.com is no longer supported on most iDevices at the moment. It is rumored to be relaunched very soon. Check here for more details. Big news folks. Thanks to comex (the genius behind the last jailbreak and Frash) the Dev-Team has just released a brand new jailbreak for all your iDevices. Also, not only does it support the iPhone 4, but it actually works right from the device itself. Indeed, for the occasion, jailbreakme.com has been revived and all it takes to jailbreak now is heading over to jailbreakme.com and sliding. As you can imagine, there are a lot of people trying to do it right now so once you slide, make sure to give it some time. However, you should get a status bar. Then, your iDevice should reboot. Otherwise just (hard-) reboot and try again (especially if you're stuck on a purple screen). Also, Modmyi just set up a mirror in case you want to try it. It's over here: http://jailbreakme.modmyi.com Jailbreakme.com revived? What? Well, if you haven't been around the jailbreak or iPhone world for very long, you might not remember. Back in the early iPhone days, with the 1.1.1 firmware, the only way to jailbreak was to visit jailbreakme.com from your device. Thanks to a loophole in the way the iPhone handled tiff files, it was able to force the system into installing installer. Well, the same thing happened this time, making today's iDevices easier to jailbreak than ever. Funny thing about it, it's using a loophole in Adobe's PDF format. Simply put, the new jailbreak is somewhat courtesy of Adobe, how convenient. Also, considering it's now fully legal, it should give the phenomena a bit more momentum. As for the unlock, it will apparently follow shortly as well. So head over jailbreakme.com right now and tell us how it went. Update: Now in video, courtesy of iSpazio:

We're hearing the jailbreak might mess with MMS and FaceTime, so watch out if you rely heavily on these. We're trying some restore-magic to see if it helps, and we'll keep you updated. For now, we can already tell you that if you backup your iPhone after losing FaceTime, you won't be getting it back when you restore the backup. So make sure to backup before you try all of this.

To get more late breaking news as it happens; don't miss our very own AppAdvice iPhone/iPad app! 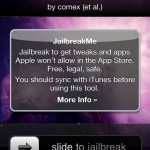 JailbreakMe.com Is Back - Now Jailbreaks Every iDevice

JailbreakMe.com Is Back - Now Jailbreaks Every iDevice
Nothing found :(
Try something else