You are using an outdated browser. Please upgrade your browser to improve your experience.
by Joe White
August 20, 2010
Great news, iPhone 3G owners. Many of you may be aware that Apple's latest iOS software update, iOS 4 (4.0.1 and 4.0.2), has done nothing more than cripple iPhone 3G handsets. However, according to a recent email written by Steve Jobs, fanboys haven't got long to wait until their iPhone 3G gets back up to speed. Indeed, as MacRumors reports, Steve's email came in response to one sent by a disgruntled iPhone 3G owner. In it, the 3G user mentioned issues with speed that were affecting typing, scrolling, and zooming:

I've waited patiently through 4.0.1 and 4.0.2, looking for a fix that will make my phone work again. I've read the forums that advise me to jailbreak my phone or use some other method so I can downgrade back to a version of iPhone 3, however I'm not prepared to use a method that is not supported by Apple.

To which Steve replied (in his usual nonchalant fashion):

From what we've see of iOS 4.1 betas, performance on iPhone 3G handsets has been greatly improved. And, with an expected release for sometime around this fall, unhappy fanboys don't have long to wait until their iPhone 3G will be running at a quicker pace. So, what do you think? Should Apple have ensured iOS 4 would run (well) on iPhone 3Gs before releasing the software update, or are you happy to hold out a little longer for iOS 4.1 and let bygones be bygones? As always, let us know your thoughts in the comments box below! 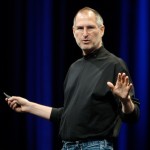 Steve Jobs: iPhone 3G Issues Will Be Fixed In iOS 4.1

Steve Jobs: iPhone 3G Issues Will Be Fixed In iOS 4.1
Nothing found :(
Try something else