You are using an outdated browser. Please upgrade your browser to improve your experience.
by Joe White
August 13, 2010
Oh dear, don't you just love hickery-bickery lawsuit threats? Me too. Perhaps what I find most interesting about the onslaught of provocative threats Apple receives is that they never stop. And, the most recent, from British broadcaster ITV, is more of the same - albeit slightly more interesting. Our UK readers will be very familiar with ITV, and the joys the network has brought to our screens: Heartbeat, Coronation Street, and Lewis, to name a few. However, the BBC-rivaling broadcaster now plans to stop something from being brought to our English shores, and that something is iTV. ITV? iTV? You wouldn't be blamed for scratching your head at this moment, because Apple TV (Apple's TV product) is rumored to be undergoing what would be a conventional name-change. Yet, the proposed iTV (which exists in line with every other iProduct iApple have iBrought us) has ruffled the feathers of a few ITV bosses. Indeed, as the popular British newspaper, The Mirror, reports:

ITV bosses are furious and meeting with lawyers this week to stop the move in the UK. The broadcaster, who owns the trademark to the name ITV in Britain, will also weigh up its options on a global ban. A channel insider said: "You only have to look at recent problems with the iPhone 4 to see not everything Apple produces is gold dust. We all take our ITV brand very seriously and we'll do everything in our power to protect it."

Hardcore comments, right? Not only is ITV disgruntled at having its name poached by Apple, but more so, the broadcaster is concerned that Apple's recent "bad press" will translate over to the network's brand. As 9to5Mac points out, Apple needs to get networks on its side if TV streaming is ever going to be a reality. And, with ITV being one of the big fish in UK TV land (alongside the BBC), Steve's going to have to reach for his firefighter's hat and extinguish these flames quickly before they spread. 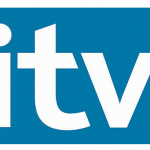 Apple's iTV Rumor Offends None Other Than British Broadcaster, ITV

Apple's iTV Rumor Offends None Other Than British Broadcaster, ITV
Nothing found :(
Try something else