You are using an outdated browser. Please upgrade your browser to improve your experience.
by Joe White
September 11, 2010
It looks like Apple is really pushing FaceTime. We heard yesterday that Steve is planning on bringing Apple's popular video calling service to desktops (via iChat integration and a Windows app), following the service's premiere on the fourth generation iPod touch. Since then, AppleInsider has reported that the second-gen iPad is already in the works, complete with a couple of FaceTime cameras. And, what's more, the report claims that Apple isn't planning on waiting the customary twelve months before releasing the second generation of its acclaimed tablet. Instead, a first quarter release is apparently far more likely, meaning iPad 2.0 will hit stores much sooner than anyone expected it to. FaceTime is currently available for iPhone 4 handsets and fourth generation iPod touches over Wi-Fi only (though a jailbreak tweak can remove this restriction). Engadget recently reported that Qik wishes to work with FaceTime APIs and further expand the service. If this were to happen, users of devices such as the EVO 4G or Epic 4G would be able to FaceTime call with their iPhone (and iPod touch) pals. It would be great if FaceTime became more than just a fanboy pastime. I only know one other person who I FaceTime call, and that's purely because hardly anyone I know owns an iPhone 4 or iPod touch (fourth-gen). Yet, if FaceTime became available on a variety of other devices (iPad included), then I can see its popularity growing dramatically. So, what do you think? Would you love to see a second-gen, FaceTime enabled iPad hitting stores in the first quarter of 2011? Or, would the first-gen iPad owners among you be downright annoyed if your iDevice became outdated so quickly? As always, let us know in the comments below! 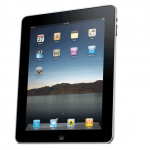 Are New FaceTime Capable iPads In The Works?

Are New FaceTime Capable iPads In The Works?
Nothing found :(
Try something else