You are using an outdated browser. Please upgrade your browser to improve your experience.
by Joe White
September 10, 2010
Following the recent revisions made to Apple's App Store approval process, the developer of a Google Voice iPhone app has received confirmation from Apple that his application will "most likely" return to the App Store once it has been resubmitted. As AppleInsider reports, iOS developer Shane Kovacs told the world:

Good news: I did get confirmation back from Apple that it will most likely get back in once I resubmit.

This is seemingly due to the fact that GV Mobile (Kovacs' app) complies with all 110+ of Apple's new guidelines. If you're curious as to what these are, be sure to check out our detailed annotation of the changes made to the App Store approval process. Google Voice itself has caused something of a stir in the App Store since its development. In July 2009, third-party GV-enabled applications (including Kovacs') were kicked out of the App Store in a move that prompted the FCC to investigate. Since then, Kovacs made his GV Mobile app available in Cydia (which has since become the home of Apple rejected iDevice applications). However, this new turn of events seems to point towards a positive future for iOS developers. We've all heard the many horror stories of iDevice app rejections, with some sounding sillier than others. Yet, Apple's new guidelines (and the reintegration of previously banned apps) should produce a better App Store for all. As always, let us know your thoughts in the comments box below! 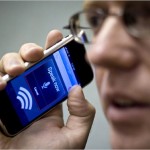 Google Voice Is Back In Town?

Google Voice Is Back In Town?
Nothing found :(
Try something else