You are using an outdated browser. Please upgrade your browser to improve your experience.
by Joe White
September 1, 2010
Great news, iPhone owners! Apple has just released a major update to its iOS operating system. The long-awaited iOS 4.1, which brings the Game Center and camera improvements to your iPhone, will be available to download next week! iPhone 3G owners should be especially motivated to download this update as soon as possible. According to various reports, iOS 4.1 significantly improves the handset's performance - something iOS 4 greatly diminished when it was released back in June. And, what's more, Apple has fixed the proximity sensor issue in iOS 4.1, along with a wide variety of other bugs. Additionally, Apple has introduced something called "high range photography." What's "high range photography"? Steve stated on stage that iOS 4.1 will include a feature called "high range photography". Essentially, what this means, is when iPhone users take a photo using their iOS 4.1-powered phone (using the Camera app), three photos will be taken; one at normal exposure, one at overexposure, and one at underexposure. Combining the three together creates one awesome image! If you want to know exactly what's different in iOS 4.1, be sure to check out our article which explains what changed in the beta versions of the operating system. Apple's special event is currently ongoing, so we'll be posting as soon as more news becomes available. In the meantime, be sure to keep checking back with AppAdvice.com for regular updates! [gallery] 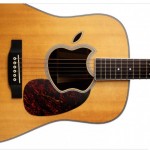 Special Event: Apple Announces iOS 4.1 - Released Next Week!
Nothing found :(
Try something else