You are using an outdated browser. Please upgrade your browser to improve your experience.
by Joe White
October 11, 2010
We all know and love Apple's famous "there's an app for that!" declaration, which has become the motto of many a fanboy since the App Store's launch. Now, we've heard that Apple has finally been awarded a trademark for the famous phrase. And, what's more: it's taken some time for the trademark to be granted, too. Apple actually filed for it way back in December 2009. It was granted last Thursday. The proof, which was spotted by TUAW, can be found over at Trademarkia: a site that allows users to search for US trademarks. As you can see, the phrase has officially been trademarked by Apple:

So there you have it: it's official. Apple has trademarked one of its most famous phrases. I wonder what will be next; maybe, "one more thing." Let us know your thoughts (including any "there's an app for that" jokes) in the comments below! 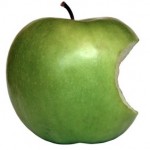 Apple Granted Trademark For "There's An App For That!"

Apple Granted Trademark For "There's An App For That!"
Nothing found :(
Try something else