You are using an outdated browser. Please upgrade your browser to improve your experience.
by Joe White
October 20, 2010
A couple of days ago, Apple CEO Steve Jobs made some pretty interesting comments regarding Android and BlackBerry OS: the mobile platforms of competitive companies, Google and RIM. Both are struggling to remain viable, according to Steve, who noted that Android is something of a catastrophe, because it's so fragmented. To back up his comments, Steve told us that TweetDeck's developers had a hard time getting their application to run on Android handsets, and they had to test it on more than 100 different versions of Google's mobile operating system. Quite simply, he told us that Android is "a mess." As you might expect, following Steve's remarks, Google, RIM, and TweetDeck have all commented. First off, Andy Rubin (who heads Google's Android project), defended his mobile OS by posting his first ever Twitter update, which gave the definition of "open:"

Ouch. Similarly, TweetDeck CEO Iain Dodsworth turned to Twitter in an attempt to kick some more sand Steve's way. He told the world:

Did we at any point say it was a nightmare developing on Android? Errr nope, no we didn't. It wasn't.

Which was shortly followed by:

Over in the BlackBerry corner, RIM Co-CEO, Jim Balsillie wasn't going to let Steve get away with this one, either. In response to Steve's comments regarding a possible 7" iPad (Steve: it won't happen, because it wouldn't work), Balsillie told the world that the 7" BlackBerry PlayBook, RIM's upcoming tablet, will indeed be a viable product.

For those of us who live outside of Apple’s distortion field, we know that 7″ tablets will actually be a big portion of the market and we know that Adobe Flash support actually matters to customers who want a real web experience.

Oh, come on Jim - don't bring Flash into it! Balsillie's full statement regarding Apple's "distortion field" can be found here. So, what do you think? Was Steve Jobs out of line saying what he said, or do you think he has a point? As you might expect, I'm inclined to side with Steve: Android and BlackBerry OS aren't great (and yes, I have had experience with both), and a 7" tablet just wouldn't cut it for me. Which is why I'm glad to own an iPad. Any thoughts? Post them in the comments below. And, props to MacRumors and 9to5Mac for the precious intel! 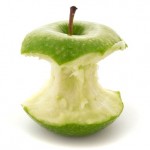 Google, RIM, And TweetDeck Respond To Jobs' Comments
Nothing found :(
Try something else