You are using an outdated browser. Please upgrade your browser to improve your experience.
by Joe White
October 10, 2010
Yesterday, geohot defied the Dev-Team and released limera1n: a jailbreak solution which is compatible with iOS 4.1. This caused a fair bit of controversy, as the Dev-Team had previously announced the release of greenpois0n - a similar tool which promised to jailbreak iOS 4.1. Greenpois0n's release is scheduled for today. Drama aside, we can confirm (via TUAW) that limera1n is able to jailbreak the recently released Apple TV (2G). However, as no AFC services or OpenSSH may be installed, not much can currently be done with a jailbroken set-top box. Obviously, in time we're expecting Apple TV to be fully liberated. Though as of this moment, there's absolutely no point in even attempting the jailbreak, so avoid it. If you've managed to successfully jailbreak an iOS 4.1 device using limera1n, be sure to let us know in the comments below. And, for more information on the limera1n saga, check out our article, which includes a how-to video demonstration! 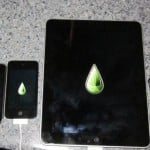 New Jailbreak Works On Apple TV!
Nothing found :(
Try something else