You are using an outdated browser. Please upgrade your browser to improve your experience.
by Joe White
November 21, 2010
Apple and News Corp. are set to launch a tablet-only newspaper in the near future called the Daily, reports state. The newspaper, which will be delivered direct to your iPad, will cost $0.99 a week to use, and will not exist in a print version. The news comes following a report by the Guardian, which notes that News Corp. head, Rupert Murdoch, has been heavily involved in the project. It has also been stated that the 26th floor of the News Corp. offices in New York will dedicated to the Daily, and that 100-150 journalists will manage the digital publication. Apple engineers are said to be working on the technical side of the newspaper, which is set to be unveiled later this month. While the Daily will hit the iPad first, it will later be available on a great many other tablet devices. We'll be reporting on the process of the Daily as more information becomes available. Currently, no launch date has been set, nor has a lead-editor been appointed. So, be sure to check back for more updates. And, thanks to 9to5Mac for spotting this. 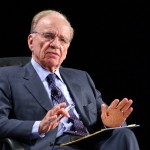 Apple And News Corp. Set To Launch Tablet-Only Newspaper
Nothing found :(
Try something else