You are using an outdated browser. Please upgrade your browser to improve your experience.
by Joe White
November 20, 2010
Serviced iPhone 4 handsets have been returning from Genius Bars with Torx screws (above) instead of the handset's original screws, according to a recent report by 9to5Mac. It is expected that the reason for this is due to the recent appearance of "custom white" iPhone 4 handsets on eBay. The iPhone's original screws are easy to remove, allowing "entrepreneurs" to convert the color of an iPhone 4 handset and then sell it. Torx screws, however, are notoriously difficult to remove. Several days ago, Apple started requesting the removal of "custom white" iPhone 4 handsets from eBay, labeling the product as being a "counterfeit." Following this, several internal sources at Apple have told 9to5Mac that it is now Genius Bar policy to replace a faulty iPhone's original screws with Torx screws. Currently, we're not sure whether Apple will be selling new iPhone 4 handsets with Torx screws, though it seems likely this will happen in time. One thing is certain: many Apple fans want a white iPhone 4, and they're willing to do almost anything to get one. But, is traveling over to China one step too far? Let us know in the comments below. 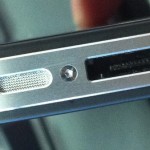 Serviced iPhone 4 Handsets Get Torx Screws - To Prevent Tampering?
Nothing found :(
Try something else