You are using an outdated browser. Please upgrade your browser to improve your experience.
by Joe White
February 24, 2011
Apple's in app purchasing policy has upset many developers. However, one company, Amazon, has yet to comment on the matter. They also haven't updated their Kindle application to add an in app purchase option. Interestingly, there is an Amazon service that might mean the company can cut out the App Store altogether. At the beginning of the month, it was noted that Apple would require developers to offer an in app method of payment for all applications by March 31. Unsurprisingly, the news upset several developers, as 30 percent of the revenue generated by in app purchases goes directly to Apple. Since then, many have been wondering if Amazon is going to adopt Apple's required in app payment method for e-books bought via the Kindle app. 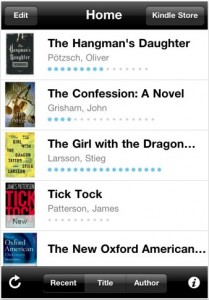 Currently, the universal Kindle application takes users out of the app, and over to Safari when purchasing e-books from the Kindle Store. However, under Apple's recently enforced rules, this is not allowed. Furthermore, Amazon has not yet commented on the matter, which is suspicious. According to a post on Chuck Toporek's blog, the company may be considering an alternative to the App Store. The possible alternative is called Kindle for Web, and it's a service that is currently in its beta stage of development. Kindle for Web allows e-book fans to read publications in their browser, without having to download any additional software. It synchronizes with all Kindle compatible devices (such as the iPhone, iPad, and Mac). As of this moment, users can only preview the first chapter from selected titles in the Kindle Store using Kindle for Web, but Amazon notes that full text is "coming soon." Toporek argues that a handy alternative to the Kindle application would be to simply point mobile Safari to Kindle for Web, where users can very easily buy and read books online. This one Kindle service could run on the iPhone, iPad, and iPod touch - as well as the Mac, too. More importantly, it would eliminate the need for Amazon's universal Kindle iOS app, along with Kindle for Mac, and free the company from handing 30 percent of e-book sales over to Apple. It's an interesting possibility, and something Amazon may well consider doing. If you want to find out more about the politics of Apple's in app purchases policy, check out our opinion article on the matter. And, if you have an opinion yourself, feel free to post it in the comments. 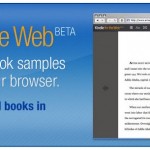 Amazon Already Has An Alternative To The App Store
Nothing found :(
Try something else