You are using an outdated browser. Please upgrade your browser to improve your experience.
by Joe White
February 10, 2011
While we're expecting Apple's second generation iPad to be released this year, a recent rumor notes that Apple is also planning on releasing an "iPad 3" in 2011. Apple's "iPad 2" will reportedly launch around March or April, and is expected to feature a front facing camera (for FaceTime). Furthermore, the device is said to be faster, and lighter. For more information, see our iPad 2 rumor roundup. Up until yesterday, none of us had even thought about the third generation iPad, let alone speculated a release date. But, John Gruber (of Daring Fireball) sent out a total of two posts, each of which states that Gruber expects to see the iPad 3 this fall. Here's what he said:

Summer feels like a long time away. If my theory is right, they’re not only going to be months behind the iPad 2, but if they slip until late summer, they might bump up against the release of the iPad 3.

Thus, my gut feeling is that Apple will move the iPad to a September release schedule, alongside the iPods. But they wouldn’t want to wait over a year and a half from the announcement of the original iPad to announce the second one — not with these stakes, and not with so many serious competitors trying their best to catch up. So, here’s my guess at Apple’s iPad plans for 2011: - An iPad 2, fairly soon. Say, a March announcement, shipping in the first week of April. Faster, more RAM, maybe more storage, thinner and lighter, a front-facing camera.Running iOS 4.3. - iOS 5, announced at a developer event in March, shipping in June. - iPad 3, shipping in September, announced at the annual iPod event. Running iOS 5.1, same as the next-generation iPod Touch.

MG Siegler, of TechCrunch, also weighed in on the possibility of an iPad 3 this fall, noting:

A few days ago, we heard from a very good source that Apple was assembling the pieces for a “big fall surprise”. While intriguing, that could obviously mean anything. But the “surprise” part clearly means it’s something beyond the regular iPod/iTunes (and perhaps MacBook Air) refreshes that Apple does in the fall. Still, that leaves a lot of room for guesses. An actual Apple television? A touchscreen iMac? Who knows.

It could very well be that this "big fall surprise" is in fact the third generation iPad. If Gruber is right, and Apple wants to shift the iPad's yearly release to fall, the company certainly isn't going to leave one and a half years between the iPad 2 and the iPad 3. Instead, it makes more sense to release two iPads in one year. The only question, is how different will the two be? Perhaps the change will be minor: Apple may release the iPad 2, and premiere an "iPad 2S" in fall - a third generation device with various 'under the hood' improvements, like more RAM, etc. However, the change could be relatively major - i.e., a higher quality camera, possibly even a higher resolution iPad screen. Personally, I'm not sure what to expect. However, one thing is for sure. If Gruber is right, and Apple releases two iPads in 2011, it's going to be a pretty interesting year for all of us. Let us know your thoughts in the comments. 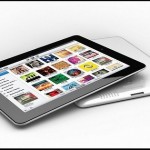 Rumor: Could We See Two iPads In 2011?
Nothing found :(
Try something else