iPad 2 Arrives in 25 More Countries This Friday Available in Hong Kong, Korea & Singapore in April CUPERTINO, California—March 22, 2011—Apple® today announced that iPad® 2, the second-generation of its third post-PC device, will go on sale in 25 additional countries this Friday, March 25. iPad 2 will be available at Apple retail stores and select Apple Authorized Resellers at 5 p.m. local time, and online through the Apple Store® (www.apple.com) beginning at 1 a.m. Apple today also announced that all models of iPad 2 will be available in Hong Kong, Korea, Singapore and additional countries in April. “While competitors are still struggling to catch up with our first iPad, we’ve changed the game again with iPad 2,” said Steve Jobs, Apple’s CEO. “We’re experiencing amazing demand for iPad 2 in the US, and customers around the world have told us they can't wait to get their hands on it. We appreciate everyone’s patience and we are working hard to build enough iPads for everyone.” iPad 2 features an entirely new design that is 33 percent thinner and up to 15 percent lighter than the original iPad, while maintaining the same stunning 9.7-inch LED-backlit LCD screen. iPad 2 features Apple’s new dual-core A5 processor for blazing fast performance and stunning graphics and now includes two cameras, a front-facing VGA camera for FaceTime® and Photo Booth®, and a rear-facing camera that captures 720p HD video, bringing the innovative FaceTime feature to iPad users for the first time. Though it is thinner, lighter, faster and packed with new features, iPad 2 still delivers up to 10 hours of battery life* that users have come to expect. Pricing & Availability iPad 2 with Wi-Fi will be available in Australia, Austria, Belgium, Canada, Czech Republic, Denmark, Finland, France, Germany, Greece, Hungary, Iceland, Ireland, Italy, Luxembourg, Mexico, Netherlands, New Zealand, Norway, Poland, Portugal, Spain, Sweden, Switzerland and the UK on March 25 for a suggested retail price of $499 (US) for the 16GB model, $599 (US) for the 32GB model, $699 (US) the 64GB model. iPad 2 with Wi-Fi + 3G will be available for a suggested retail price of $629 (US) for the 16GB model, $729 (US) for the 32GB model and $829 (US) for the 64GB model. iPad 2 will be available in Hong Kong, Korea, Singapore and additional countries in April, and in many more countries around the world in the coming months. Further international availability and pricing will be announced at a later date. iMovie® and GarageBand® for iPad apps are available for $4.99 (US) each from the App Store℠ on iPad orwww.itunes.com/appstore. The Smart Cover is available in a range of colors in vibrant polyurethane for $39 (US) or rich leather for $69 (US). *Battery life depends on device settings, usage and other factors. Actual results vary. Apple designs Macs, the best personal computers in the world, along with OS X, iLife, iWork and professional software. Apple leads the digital music revolution with its iPods and iTunes online store. Apple has reinvented the mobile phone with its revolutionary iPhone and App Store, and has recently introduced iPad 2 which is defining the future of mobile media and computing devices. 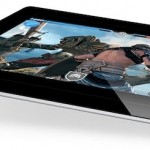 Apple Confirms: iPad 2 Launches In 25 More Countries This Friday
Nothing found :(
Try something else