You are using an outdated browser. Please upgrade your browser to improve your experience.
by Joe White
March 21, 2011
The British newspaper, Daily Mail, recently published a profile of Apple's iconic vice president, Jonathan "Jony" Ive. The profile notes that Ive works "bloody hard" for the company, and - more importantly - that he will not be leaving Apple to retire to the UK, as rumored. The profile is definitely something any Apple fan should check out - it's an interesting read, and gives us all an interesting insight into Jonathan Ive. For example, did you know Ive has sought inspiration in the past by watching the creation of a Japanese samurai sword? I certainly didn't. However, one of the most interesting aspects of the article involves Ive's future at Apple. Previously, we had heard that the Essex born vice president was planning on returning to his native country, following the sale of around $30 million in Apple shares. The Daily Mail had this to say on the subject of Ive's departure from Apple:

Speculation that Ive would leave Apple to return to the UK is also false, says a former colleague: ‘I’m not sure there is any truth he wants to come back. My last conversations with him were that he was planning to sell his house in the UK.’

This is great news. Ive's vision has helped create Apple's flagship products - beginning with the iMac, in 1998, and continuing up to the recently released iPad 2. Ive has been with Apple for almost 14 years now, and if this profile is anything to go by, he isn't planning on leaving anytime soon. To read the Daily Mail's article in its entirety, click this link. And, be sure to let us know your thoughts on Apple's iconic Jony Ive in the comments below. 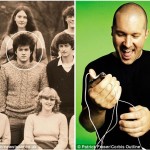 Daily Mail: Jonathan Ive Isn't Planning On Leaving Apple For UK
Nothing found :(
Try something else