You are using an outdated browser. Please upgrade your browser to improve your experience.
by Joe White
March 18, 2011
According to a "source close to the company," one way Apple is planning on utilizing near field communication (NFC) involves remote Mac personalization. Basically, users will be able to hook up their NFC capable iPhone to a "guest machine" and access their own files and apps. As Cult of Mac reports, the source did not reveal when Apple is planning on introducing the technology. However, the source did note that NFC will allow users to remotely load a "profile" on guest computers. Furthermore, besides files, Mac App Store purchases will also be displayed:

According to our source, who asked not to be named, when a NFC-equipped iPhone is paired with a guest machine, part of the users profile includes the apps theyve purchased through the Mac App Store. The icons for their apps appear on the remote Mac, but arent [sic] downloaded, our source said.

If you want to open an app, it will be downloaded to your Mac from Apple's servers. Furthermore, files will be synced with MobileMe - meaning users will be able to access and edit files on the go. It's a very handy feature - though this isn't the first we've heard of it. Back in November, an Apple patent application suggested that this feature would be coming soon. We'll keep you posted. In the meantime, let us know your thoughts on the above feature in the comments. 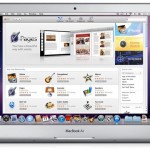 NFC Will Let You Personalize Any Mac, Source Claims

NFC Will Let You Personalize Any Mac, Source Claims
Nothing found :(
Try something else