You are using an outdated browser. Please upgrade your browser to improve your experience.
by Joe White
March 12, 2011
A purported iPhone 5 design image has surfaced. The image shows an iPhone handset with a thinner bezel, and an "edge to edge" screen. Back in February, a rumor hit the Web claiming that the iPhone 5 would feature a four inch screen. Following this, an image of what appeared to be an iPhone 5 digitizer panel surfaced. The image suggested that the fifth generation iPhone would feature a larger screen that extended to the edges of the handset, thanks to a thinner bezel. Now, iDealsChina has posted an "engineering image" of the iPhone 5 (above). As you can see, the image shows an iPhone with a thinner bezel, and an edge to edge screen - which is presumably larger than the iPhone 4's screen. If this is an authentic engineering image, we can expect the fifth generation iPhone to feature an edge to edge screen, which would be nice. However, the image could also be fake - so don't go getting your hopes up. We're not going to know what the iPhone 5 looks like until WWDC '11, which should take place around June. If you would appreciate an iPhone 5 with an edge to edge screen, let us know in the comments. 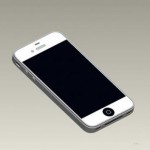 Purported iPhone 5 Design Image Hints At Edge To Edge Screen
Nothing found :(
Try something else