You are using an outdated browser. Please upgrade your browser to improve your experience.
by Joe White
March 23, 2011
A recent rumor claims that Apple is indeed developing a near field communication (NFC) capable iPhone handset. Reportedly, the upcoming NFC capable iPhone will feature a new Qualcomm chip, and mobile payments will be made through iTunes. Over the past few months, the subject of an NFC capable iPhone 5 has been a matter of great debate. First we heard it was coming, then we heard it wasn't. More recently, a report hit the Web stating that the iPhone 5 would not be NFC capable, but that the iPhone 6 would. Now, The New York Times states that a future iPhone handset will be NFC capable, but "not necessarily the next one." Furthermore, the publication claims that the NFC capable device will feature "a chip made by Qualcomm." The New York Times adds:

One person familiar with the new Apple feature said the phone’s credit card information would be tied to information currently used on iTunes, which would make it simple for customers to set up the new mobile payment method on the iPhone.

The only question is: When will Apple premiere this technology? As mentioned, we've been hoping for an NFC capable iPhone 5 for some time. However, it looks like we may have to wait for the iPhone 6 before we can replace our credit cards with an iPhone. We'll keep you posted. 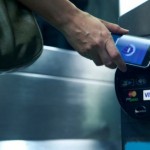 Rumor: NFC iPhone Is Coming, Thanks To A Qualcomm Chip

Rumor: NFC iPhone Is Coming, Thanks To A Qualcomm Chip
Nothing found :(
Try something else