You are using an outdated browser. Please upgrade your browser to improve your experience.
by Bryan M. Wolfe
April 20, 2011
Since its first iPod debuted in 2001, Apple has been successful at releasing a product that went on to transform an industry. However, the Cupertino, California-based company has been less successful with its year-old iAd mobile advertising platform, according to Business Insider. Announced in April 2010, iAds was supposed to take on Google and its AdMob mobile advertising service. Instead, it has stumbled badly, mainly because of how Apple is running the operation. While the ads themselves are rather nice (think the TRON promotion), Business Insider argues that many simply can’t afford the service and dislike Apple’s notorious hands-on approach to everything. When it was released, iAds had a minimum price tag of $1 million. While Apple recently cut that price in half, it is still a lot of money for many organizations. Second, Apple’s need for total control is said to be another reason iAds is struggling. Business Insider states:

But we also hear that iAd salespeople still don't have freedoms they would have elsewhere, like wiggle room on ad rates; that the minimum buy is still too high for most campaigns; and that salespeople don't know -- or can't tell customers -- what direction the iAd platform is going in.

One top agency executive concluded that while he “is happy to work with his clients on iAds, he would never recommend one.” It has gotten so bad, iAd salepeople are said to be looking for work elsewhere, since their jobs rely largely on commissions. Still, mobile advertising is still relatively new and Apple CEO Steve Jobs doesn’t like to lose. With this in mind, Business Insider expects an iAd revamp when Jobs announces new features for its upcoming iOS 5. However, “(Apple) may have to loosen up some more. And with Jobs -- a very controlling executive -- still in command of the company, some wonder if operating a successful advertising operation is even within "Apple's DNA."" What do you think? Leave your comments below. 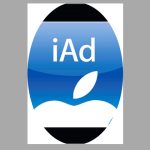 Apple Lays Its First Egg Of The Millennium

Apple Lays Its First Egg Of The Millennium
Nothing found :(
Try something else