You are using an outdated browser. Please upgrade your browser to improve your experience.
by Joe White
April 18, 2011
The popular iOS app, Dropbox, has just been updated. Now, users of the application can take advantage of an improved uploading experience, a tabbed interface, and support for French, Spanish, German, and Japanese. As outlined by the app's developer, in Dropbox's release notes, changes include:

The tabbed interface is great. As you can see in the screenshot below, users of the app can now navigate between four tabs: "Dropbox," "Favorites," "Uploads," and "Settings." The first tab gives users access to their Dropbox folder. The second displays your favorite files - files that are saved to your iOS device, and can be viewed offline. "Uploads" allows users to easily upload numerous images from their Photos app to Dropbox. And obviously, "Settings" gives you access to the application's settings. Bulk uploading makes adding photos to your Dropbox so much easier. I often transfer screenshots taken on my iPhone or iPad to Dropbox, and use them in articles such as this one. Now, I don't have to upload each item individually - I can upload several at once, which is great. Dropbox is currently available to download for free in the App Store. And you can sign up for an account (also for free) by clicking this link. 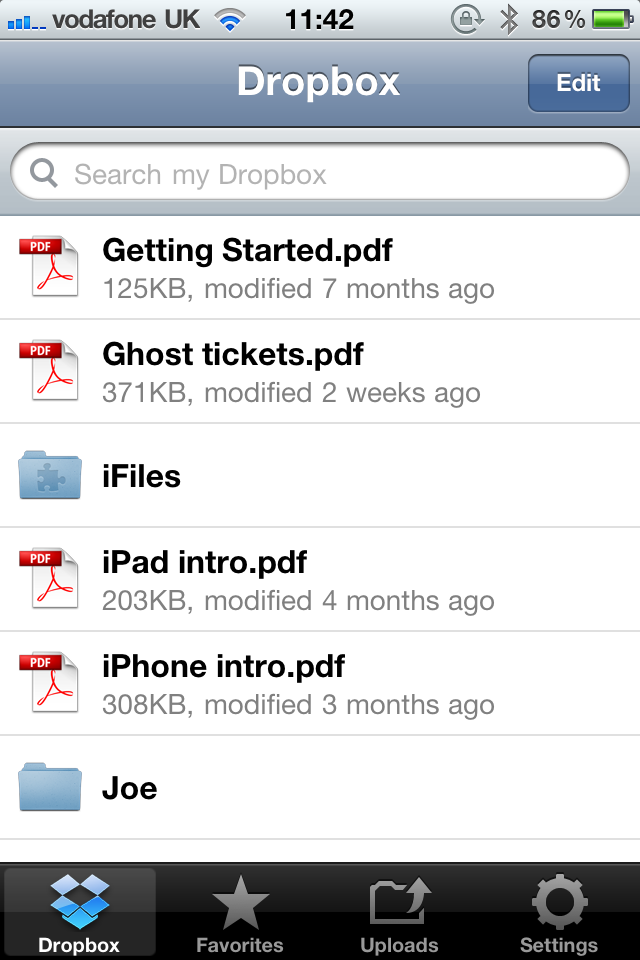 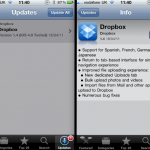