You are using an outdated browser. Please upgrade your browser to improve your experience.
by Joe White
April 29, 2011
Later this year, Square will release a new iPhone credit card reader, which will feature improved security. Square's improved card reader will encrypt credit card data - something the current reader does not do. In the past, Square has been criticised (by rival company VeriFone) because of this. Square's CEO (Jack Dorsey) responded, stating that this was not a fair criticism - mainly because it "overlooks all of the protections already built into your credit card." Dorsey also noted that credit card fraud via the reader can still take place regardless of whether the device encrypts credit card data or not. The encryption of credit card data is one aspect of Visa's new set of mobile application best practices - something Square recently confirmed that it is going to adopt, following Visa's investment in the payments company. Specifically, one new requirement is to "encrypt all account data including at the card-reader level and in transmission between the acceptance device and the processor." For this reason, Square will release a new reader in summer that encrypts credit card data. Despite the launch of a new reader, Square confirmed (to TechCrunch) that it will not recall its current credit card reader: "Rabois said that Square is still more secure than the vast majority of card readers in the field," meaning the company thinks owners of the current card reader shouldn't be worried about security. We'll keep you posted. 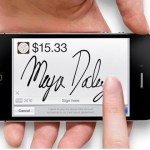 Square iPhone Credit Card Reader To Get More Secure This Summer
Nothing found :(
Try something else