You are using an outdated browser. Please upgrade your browser to improve your experience.
by Casey Tschida
April 13, 2011
Super Stick Golf now offers the long awaited multiplayer ability, some new courses, new achievements, a name change, and a Pro Shop. Alongside the update, Noodlecake Games is now providing a free version for users to enjoy before jumping into the full version, if they'd like. Foremost, Super Stick Golf is now Super Stickman Golf. Noodlecake Games isn't thrilled about the necessity to change the name, but Stick Sports has recently decided to crack down on app developers using the word "stick" in sports games. Getting back to the good stuff; Super Stickman Golf is now part of the multiplayer game scene. Gamers can compete against one to three other opponents locally over Bluetooth or Wi-Fi connections, or take it online with Game Center matchmaking. A unique attribute to this feature is the fact that players battle live. Watch as competitors make mistakes or attempt to follow your every shot, making for some serious heart-pounding moments. In addition to the multiplayer support, Super Stickman Golf v1.2 brings five new courses, some new achievements, and a Pro Shop. The Pro Shop is the place to make in-app purchases for content, including power-ups, courses, and more. Each pack is priced separately at $.99, or purchase the whole package for $2.99. Super Stickman Golf features: • 6 unlockable super clubs! Each super club has a unique ability to make your round a little easier. • Game Center Leaderboards. Join the Stick Golf world tour and see where you stack up. • 261 unique holes, including all the classic courses from Stick Golf 1 plus new 'super' courses. • Retina Display. HD graphics for sweetness that is the high resolution retina display. • Game Center Achievements. Tune up you game with our crazy achievements. • Universal app. Play on any iDevice! • New obstacles. Conveyor belts anyone?? • Complete 8-bit chiptune game soundtrack! As mentioned earlier, the final piece of news is the availability of Super Stickman Golf Free. The free version contains all of the same great gameplay elements that make Super Stickman Golf so enjoyable, including Game Center leaderboards, achievements, and multiplayer. The only difference is the game has been trimmed down to three courses and four unlockable super clubs. Super Stickman Golf is a universal app compatible with iPad, iPhone, and iPod touch running iOS 3.1 or later. Super Stickman Golf is currently available in the App Store for only $.99, a limited time 66% savings. 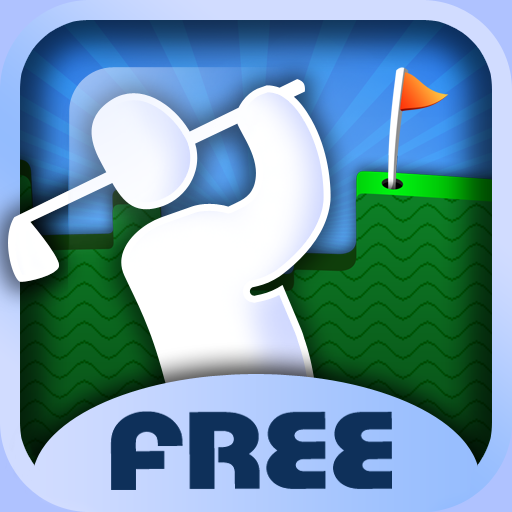 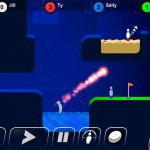 Super Stick Golf Gets A Name Change, Plus Local And Online Multiplayer Support

Super Stick Golf Gets A Name Change, Plus Local And Online Multiplayer Support
Nothing found :(
Try something else