You are using an outdated browser. Please upgrade your browser to improve your experience.
by A.T. Faust III
April 24, 2011
BGR today broke an exciting story (that has since been supplemented with more digging by 9 to 5 Mac) about an upgraded iPhone model currently in testing for T-Mobile USA. The latter part makes sense, as AT&T recently purchased said company from Deutsche Telekom and made public statements about its own potentially tenuous future; but the "upgraded" part is of no little intrigue. You see, the unit being tested is outfitted with the iPad 2's custom A5 chip. Most analysts assumed any new iPhone for 2011 would be rocking that silicon, but that's not the point. The point is that the unit looks nigh identical to the current iPhone 4: same screen-size, same form factor, same physical home button. Additionally, the handset is rumored to be very similar to dev-units already in use by larger app makers. True, none of this means Apple won't release a huge redesign later this year, but the discovery lends credence to the assumption that the next iPhone will occupy an iterative (rather than reiterative) place in the product timeline. There is no indication of a 4G cellular radio inside, but T-Mobile's been pushing their nationwide next-gen network pretty hard lately. The handset could very well be 4G-capable. So what'll they call it, folks? My money's on "iPhone 4-something." The iPhone 5, this probably ain't. 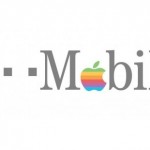 T-Mobile USA Ready To Release A5-based iPhone
Nothing found :(
Try something else