You are using an outdated browser. Please upgrade your browser to improve your experience.
by Joe White
May 24, 2011
According to a report by Bloomberg, the recent Foxconn plant explosions (at Chengdu, China) could cost Apple up to 500,000 iPad 2 models. Several days ago (on May 20), an explosion at Foxconn's Chengdu plant resulted in the very unfortunate death of three employees. Since, the plant has remained closed and production has ceased. While the overall drop in manufacturing depends entirely upon how long the Chengdu plant is closed, the overall figure could grow to 500,000 iPad 2 models if Foxconn doesn't reopen the plant soon. As reported by Bloomberg:

The drop in manufacturing will depend on how long the plant is closed following a May 20 explosion that killed three people and injured at least 15, according to ISuppli. The total could be even greater if the suspension of operations at the facility lasts longer than a month, the firm said. Another Foxconn factory in Shenzhen that produces iPads may not be able to make up for the lost output, ISuppli said. The manufacturing breakdown may lead Apple to miss ISuppli’s forecast of 7.4 million iPad 2 shipments in the quarter ending in June, the El Segundo, California-based research firm said.

However, not everybody agrees with iSuppli's predictions. Shaw Wu (an analyst with Sterne Agee in San Francisco) claims that these reports are "overdone," and that Apple fans shouldn't worry about an iPad shortage. We'll keep you posted. [Update: Following one comment, I'd just like to affirm that the deaths and injuries which resulted from the plant explosions are, obviously, far worse than the possibility of iPad 2 delays. We're just reporting the news here, not complaining about delays.] 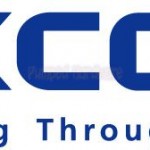 Apple To Lose 500,000 iPads Due To Recent Foxconn Explosion

Apple To Lose 500,000 iPads Due To Recent Foxconn Explosion
Nothing found :(
Try something else