You are using an outdated browser. Please upgrade your browser to improve your experience.
by A.T. Faust III
May 26, 2011
It seems that Apple learned a lot from the initial iPhone 4 Gizmodo fiasco, as the technology giant's approach to field testing its handset's CDMA variant was far more strict and covertly hush-hush. According to TechnoBuffalo's exclusive report, Apple's security protocol was completely different than during original iPhone 4 testing:

The Find My iPhone feature didn’t work on that unit, so the company didn’t (couldn’t) track the device. The company only knew to remotely disable the phone because the engineer who lost it reported the incident. But what if the guy was stricken ill? Or had an accident? ...In other words, what if the staffer was unable to report his missing device? This wasn’t an issue this time around.

Basically, Apple sidestepped old problems by granting select Verizon employees receipt of the iPhone 4 only two weeks out from its then-unofficial launch; and they all had to adhere to Apple's hefty non-disclosure agreement and security scheduling. Simply, each Verizon tester had to send (via text) a security PIN every 12 hours, and, if the code wasn't sent in time, the unit was remotely wiped and deactivated. While this method seems a bit extreme for an iPhone that had little new to show to the world, it proves that Apple's taking product secrecy more seriously than ever. Keep in mind, though, that Apple can only do so much -- and even then, just domestically. It is far more difficult to stave off the Chinese manufactory leaks, photos, and specification details (though Apple and Foxconn seem committed to policing that route as best they can). An interesting point: During testing, the CDMA iPhone 4 was expressly forbidden to be designated as such. Instead, Apple demanded the unit be referred to only as "The ACME Device." Still, anyone big on tech and crossword puzzles could probably put two and two together. After all, "acme" means "highest point" or "summit," and that pretty well sums up where the iPhone is positioned in the telecommunications industry. But I doubt iPhone 4 is the apex for Apple. Just don't expect an easy sneak peak of Cupertino's next big thing. 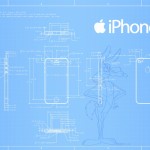 How Apple Shielded Prying Eyes From Pre-Launch Verizon iPhone 4
Nothing found :(
Try something else