You are using an outdated browser. Please upgrade your browser to improve your experience.
by A.T. Faust III
May 20, 2011
I wasn't planning on covering this issue again until Apple itself was ready to drop the Atomic Elbow (we'll miss you, Macho Man), but it seems that Electronic Frontier Foundation spokeswoman Julie Samuels -- who just days ago placated developers by encouraging them that "Apple legal is likely hard at work reviewing the patent in question... and should be in touch soon" -- has curiously (and without explanation) changed her tune not three days later:

Apple's failure to defend these developers is troubling and highlights at least two larger problems: patent trolls and developers' vulnerability when harassing and counter-productive patent litigation comes around... By putting the burden on those least able to shoulder it, both Apple and Lodys [sic] are harming not just developers but also the consumers who will see fewer apps and less innovation. We hope that going forward companies like Apple will do what's right and stand up for their developers and help teach the patent trolls a lesson.

I think to classify Apple's delayed response, which is logically and easily explained by Samuels' earlier message to the tech community, as a "failure to defend" affected iOS developers is both totally premature and fundamentally misguided. Apple has made no official statement yet, and already the EFF is decrying the company and lumping it together with the likes of Lodsys. Contrary to her earlier statements, Samuels seems somehow convinced that Apple will not come to the aid of its developers. To me, this seems little more than an unchecked ego: The woman's upset Apple didn't act immediately at her signal and is now lashing out because she couldn't successfully coax a response from Cupertino. I don't pretend to understand much at all about patent law, but i do understand that these things -- particularly with larger companies (and even more particularly with Apple) -- take time. As a patent attorney herself, Julie Samuels understands that, too. Or, at least, she used to. 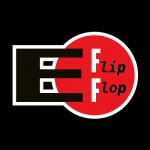 EFF Does 72-Hour 180, Bashes Apple In Lodsys Case
Nothing found :(
Try something else