You are using an outdated browser. Please upgrade your browser to improve your experience.
by Bryan M. Wolfe
May 13, 2011
Google unveiled a new feature for its mobile users. Beginning today, U.S. visitors to the Google News website using an iPhone/iPod touch will be able to find “News near you.” To use this localized news feature simply visit http://news.google.com using Mobile Safari. The first time you visit, a pop-up will ask you if you want to share your location. Upon saying yes, the Google News page will now include a section called “News near you” towards the bottom of the page. The site will also recommend installing a web app on the iPhone, by tapping on the arrow and then clicking on the “Add to Home Screen” message. 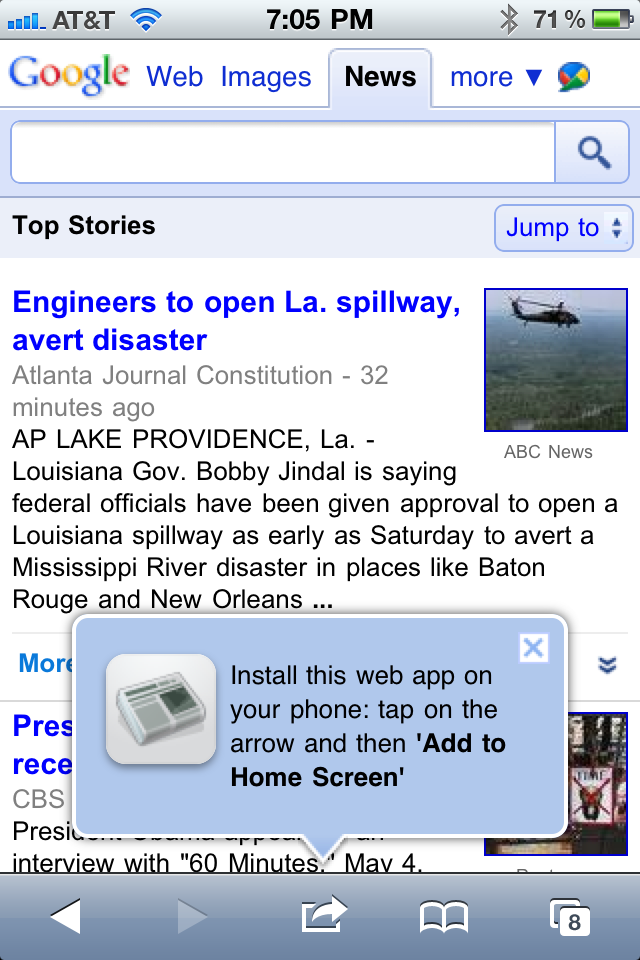 Users may reorganize and/or turn this feature off by using the site’s personalization page. In releasing this enhancement, Google continues updating the functionality of its web-based apps for iOS rather than releasing native apps into the App Store. For example, in October, it greatly enhanced Gmail; in September, the editing of Google Docs via Mobile Safari was made possible. By enhancing its web apps, Google can make changes to their services instantly and without Apple's approval. What do you think? Leave your comments below. 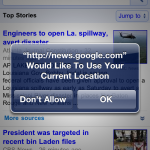