You are using an outdated browser. Please upgrade your browser to improve your experience.
by Joe White
May 26, 2011
Google has just officially announced its upcoming Google Wallet service, which will allow Android fans to pay for goods using an NFC capable smart phone. Importantly, among the service's many partners is MasterCard, and Google has noted that Google Wallet is compatible with MasterCard PayPass points - which are already established in many retailers across the country. Furthermore, Google has announced another service - Google Offers - which will reportedly deliver an "offer of the day" to users' inbox, which can be claimed using your NFC capable smart phone. While Apple is rumored to have postponed the launch of an NFC capable iPhone until next year, today's announcement gives us an idea of what we can expect from Apple's service. Obviously, we're expecting our NFC capable iPhone to be supported by a mobile payments service. Google Wallet is compatible with MasterCard PayPass, suggesting that this may be adopted as the "clear standard" Apple was rumored to be waiting for. Furthermore, we'd expect another Apple-developed service to launch, which would be able to compete with Google Offers. A loyalty points system would be nice, along with daily offers (as supported by Google's service). However, the main question is when can we expect Apple's service to launch? There's a strong possibility that the company has been planning on releasing an NFC capable iPhone this year for a long time now (remember, Apple plans things way in advance), and that the pre-published rumors regarding a delay are simply false. Alternatively, Apple could have NFC technology planned for the sixth generation iPhone (which, some say, will be a major update, as opposed to the iPhone 5). Essentially, I think that if Apple hasn't planned to release an NFC capable fifth generation iPhone, we won't see an NFC capable fifth generation iPhone. But that's just me. After all, anything's possible. [Image credit: Engadget] 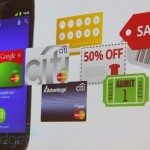 Google Officially Announces Google Wallet - Sets The Standard For Apple?
Nothing found :(
Try something else