You are using an outdated browser. Please upgrade your browser to improve your experience.
by Casey Tschida
May 20, 2011
PopCap Games has re-released the old-time classic, Candy Train, into a native iOS app. I'm not one to typically copy and paste an app description blurb -- unless it is a feature list -- but this short story entry seemed to have a lot of passion behind it.

Candy Train was an old and nearly forgotten PopCap title from many years ago. However, an aspiring game programmer, working in a different part of the company, loved Candy Train and thought it would be a great game for iPhones, iPod touches and iPads and so she started working in her free time to create a new version specifically, for these devices. She poured equal amounts of sweat, tears and love into this iOS adaptation of Candy Train and we think it's great enough to share with the world. And, by the way, the powers-that-be were so impressed that Sophia now works as a game programmer in PopCap's game studio! We hope you enjoy this second release from 4th & Battery….

Candy Train is a simple to play but difficult to master puzzle game. A locomotive makes its way throughout the gameplay area picking up candy that becomes the railroad cars on an endless track you need to create. You don't recreate the track from scratch, rather put it together properly by tapping on the railway sections to rotate them. There are a few "gotchas" to pay attention to. The train slowly speeds up as time progresses and the candy will vanish sooner or later. Those aren't the most devastating factors. The track sections eventually change on their own and track components aren't guaranteed to connect to one another. So, keep alert and plan ahead. Once you finally get the hang of it, you should be able to make your train complete -- meaning a caboose. After collecting the caboose, a train station will appear. Get to the train station to unload your cars and move onto the next level. If you feel really cocky, there's an Expert mode for overachievers. As mentioned earlier, Candy Train is the second title from 4th and Battery, "the experimental sandbox of a label within PopCap, in which we present smaller, less polished, and sometimes weirder games than you would normally expect from us." While maybe not polished, I didn't notice anything to gripe about, and certainly not for the game's price of free. Candy Train is a universal app compatible with iPad, iPhone, and iPod touch running iOS 3.2 or later, and available as a free download in the App Store now. 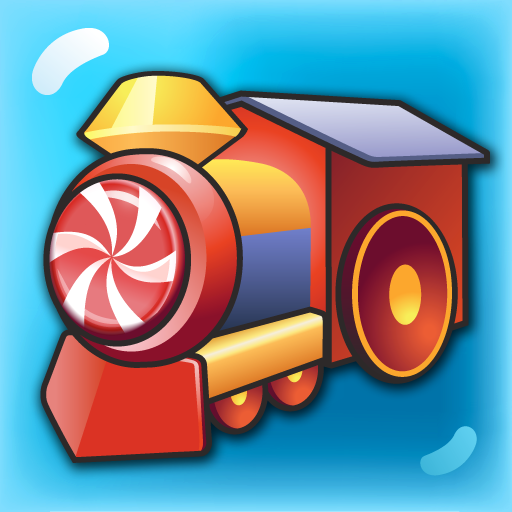 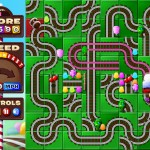 PopCap Games Releases The iOS Port Of The Classic Arcade Puzzler Candy Train
Nothing found :(
Try something else