You are using an outdated browser. Please upgrade your browser to improve your experience.
by A.T. Faust III
May 29, 2011
Samsung has replied to Apple's latest court-supported request that the Korean hardware manufacturer turn over its currently available and already-announced products believed to be in violation of Apple's iPhone and iPad design patents. Interestingly, Samsung is asking for the same treatment out of Cupertino: They want Apple to hand over iPhone 5 and iPad 3 designs by June 13. While I'm no lawyer like This Is My Next's Nilay Patel (who broke the story), there are several fundamental and immediately obvious differences between the two companies' dueling demands. Essentially, Samsung's position here is that they want to see Apple's future iDevice designs to make sure their own TBA competing products are not in violation of any Apple patents. However, that request is totally premature and immaterial to Apple's claims of patent infringement, as said claims are based on the IP thievery of the iPhone 3GS and original iPad. In other words, Samsung wants to see Apple's unreleased lineup to be sure its current and future models don't ape Apples older products. There's really just no sound logic to support Samsung's silly request. Furthermore, from a legal perspective, Samsung is the defendant in these mounting proceedings. As such, they must defend themselves by producing their already-made-public product designs for deeper, lawyerly scrutiny. This simply isn't a case of "this for that," and -- while Samsung looks a bit foolish with its official comeback -- the company knows full well what it's doing and that nothing will come of their counter-demands.  Why, then, make them at all?  Patel has some ideas:

I think it’s a calculated gamble for additional leverage. Apple and Samsung held negotiations for a year before giving up and heading to the courts, and I’m reliably informed that there haven’t been any substantive settlement discussions since Apple first filed its complaint. That means talks have been at a standstill for a long time now, and I wouldn’t be surprised if Samsung was trying to put some additional heat on Apple to try and kick negotiations back into gear... We’ll see if this sideshow accomplishes anything beyond clever lawyerly maneuvering, but for right now it’s clear that Apple and Samsung aren’t planning to back down anytime soon.

That sounds plausible enough. And, as we're all growing more and more familiar with this sort of legal wrangling and its absolute snail's pace, we'll probably be seeing a lot more such stalling before the argument is finally settled. Don't expect this business to change anything in the near future, and don't expect Apple to hand over any prototype designs for anything. Ever. 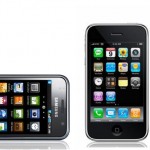 Samsung Answers Apple, Wants Final iPhone 5 And iPad 3 Designs Turned Over
Nothing found :(
Try something else